Rain and snow—also called ‘atmospheric water’ because it originates in the atmosphere—contribute significantly to the region’s water supply. Seasonal melting snows and glaciers are the source of the Mekong’s and Salween’s headwaters, providing 15-20 percent and 25-30 percent of their overall flows respectively. In the Lower Mekong Basin, rainwater makes vital contributions to river flows downstream. 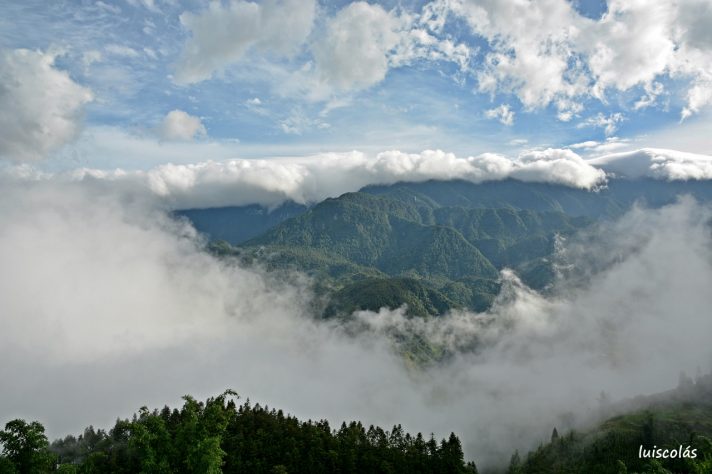 The region’s rainfall is dependent on seasonal ‘monsoons’, which are prevailing wind patterns. Typically beginning in May and continuing through October, a southwest monsoon from the Indian Ocean sends a stream of moist warm air across the region. This is the ‘wet season’, when the heaviest rains occur and rivers run the highest. Although there tends to be some rainfall year-round in the region, a northeast monsoon originating in China brings cool and mostly dry air between December and February. This is the ‘dry season’.

Forests play a vital role in creating and intercepting rain, as well as regulating how it transitions to surface water or ground water. Forests help to generate rain through a natural process called ‘transpiration’, by which the excess water a plant collects from the soil by its roots is discharged from its leaves to the atmosphere as vapor. A plant can discharge many times its own weight in water. When water vapor collected in the atmosphere becomes heavy enough it condenses and returns to the earth as rain. Dense tropical forests with big trees are often called ‘rain forests’ because they produce so much rain.

Trees also ‘intercept’ rain, that is, they capture rainwater on their leaves and branches before it falls to the forest floor. This water then evaporates again into the air and contributes to further rainfall.

Some of the rainwater that falls on the forest floor percolates through the soil and rock, and is stored as ground water. Other rainwater flows across the surface of the forest floor, collecting in lakes, ponds, and streams that flow into bigger rivers. In these ways, forests act to slow and mediate the flow of this rainwater so that it is available for use year-round, even during the drier seasons.

In recent years, climate change, associated erratic weather patterns, and deforestation have all affected the timing and the amount of water from snow and rain. Climate change models project that net rainfall will increase in the region in the wet season, while dry seasons will be longer and hotter.1 This makes the Mekong region more susceptible to droughts, floods and extreme weather events such as typhoons, even in areas that were not at high risk for these in the past.

Loss and degradation of forest cover affects how rain is regulated. During the heavy rainy season, less water is absorbed into the ground and surface water run-off is higher, contributing to seasonal flooding, the silting up of rivers, and the depletion of soils. There is also less rain during dry seasons, due to both deforestation and climate change. Indigenous groups report that many of the small tributaries that previously ran through forests have disappeared.2

Much of the rice production in the region remains rain-fed. A severe drought in 2015-2016  caused significant losses in rice throughout the region.3 4

The TPCP measure from 120 weather stations across the region. Records of average total precipitation during dry season (November to April) and wet season (May to October). View source data.