In 2015, the FAO’s Global Forest Resource Assessment estimated that the Greater Mekong Subregion had 88.4 million hectares of forest, equivalent to 46% of the region’s land area and shared by 237 million people.1. The WWF reports that between 1973 and 2009 the region lost approximately one-third of its forest cover overall: 22% in Cambodia, 24% in Laos and Myanmar, and 43% in Thailand and Vietnam.2 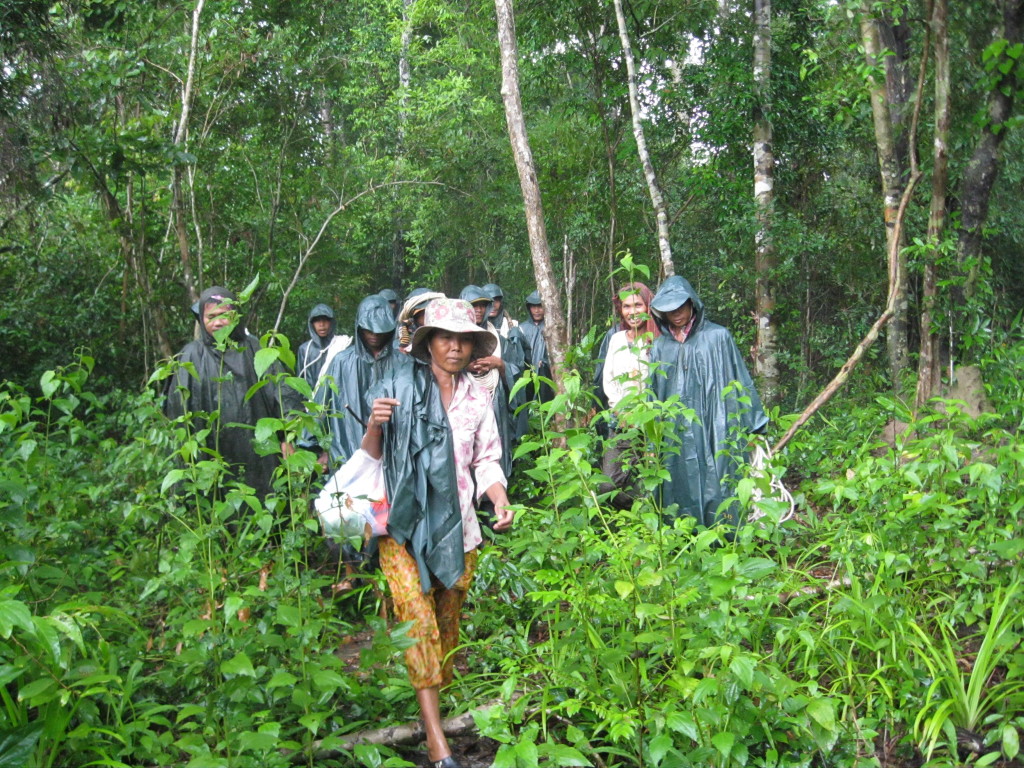 This trend slowed between 1990 and 2015, where total forest cover in the Mekong region was reduced from 48% to just under 46%.3 However, forests in the region have continued to become more fragmented. In the future, it is predicted that deforestation will occur in ‘hotspots’ at the edges of large remaining forest blocks in Cambodia, Laos and Myanmar.4

The forest cover statistics have limitations, however, in measuring the scale of deforestation and the nature of forest degradation. In the Greater Mekong Subregion, factors such as the establishment of large-scale plantations, predominantly in Vietnam and Thailand, but increasing in scale in all Mekong countries, are hidden in this data. Plantations have replaced natural forests over time.6 Officially, in 2015, the remaining area of primary forests in the region is only 13%, with 10% classified as plantation forest and 77% classified as degraded natural or secondary forests.

As can be seem in the map below, in Vietnam and Cambodia, remaining primary forest has decreased to very small amount of total forest area and has been rapidly decreasing in Laos. 7 This has occurred despite an increase in the area of protected forests.8. In Thailand, official statistics assume that all forests in national parks are primary forests and in Myanmar adequate data is not available to assess primary forest cover, so the official figure has remained the same since 1990. This means that regionally, the primary forest cover is expected to be even lower in reality.9

This highlights the need for the sustainable management of forests to be monitored at the regional scale. For example, over the past decade, the expansion of the timber processing industry in Vietnam has been led by demand for exports to the USA. This has acted as a driver of deforestation and forest degradation in the whole Greater Mekong region as Vietnam imported raw and sawn timber products from other Mekong countries such as Cambodia, Laos and Myanmar by various means.10 At the same time, Vietnam has had the capacity to take advantage of climate change mitigation incentives early, such as the REDD+ program and access credit for developing plantations and afforestation programs. In effect though, the impacts related to deforestation have merely been transferred to neighbouring countries.11

Improved understanding of changes to biodiversity in forests can also help to better monitor changes to forest ecosystems. For example, the Indo-Burma biodiversity hotspot in the Greater Mekong Subregion is one of 35 areas in the world that have global significance for biodiversity (have at least 1,500 species of endemic plants) and are under considerable threat (have already lost more than 70% of their original habitat).12. It ranks in the top 10 for irreplaceability, with an estimated 15,000 to 25,000 endemic vascular plants, 400 mammal, 1,200 bird, 500 reptile, and 300 amphibian species. It is also in the top 5 for being under threat, with only 5% of pristine habitats remaining, and being the most heavily populated.

Forested areas are crucial parts of biodiversity corridors that are vital for the survival of many of these species.13 While changes in biodiversity are more difficult to measure than forest cover, when this information is available it can provide a more detailed understanding of changes to forest ecosystem function.

Within the Indo-Burma hotspot there are a number of smaller, crucial hotspots under threat from agricultural encroachment, where canopy cover changes have been identified near protected areas. Specifically these are in lowland areas in Cambodia, Myanmar, southern Laos and central Vietnam, and in highlands areas along the borders of Myanmar and China; Laos, Cambodian and Vietnam; as well as Cambodia and Thailand. Biodiversity monitoring can assist to develop greater insight into the nature of these ecosystem pressures through focusing on information on the populations of significant or vulnerable species.14 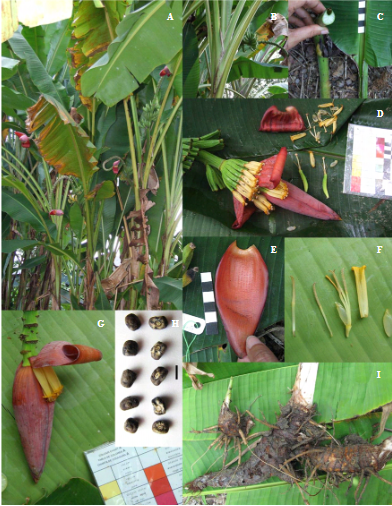 Musa Serpentina. A new species of wild banana found in western Thailand that is endangered due to its fragmented mixed deciduous forest habitat in Thailand and Myanmar. 15 Creative Commons Attribution-NonCommercial-NoDerivatives 4.0 International License.

The value of forested areas in the Greater Mekong Region

The average value per hectare of forest in the Mekong region was determined in a recent study. The direct and indirect value of the ecosystem services (excluding cultural services) provided by forests in Mekong countries was estimated to be US$1,281 per ha per year. Interestingly, the provision of timber and non-timber forest products accounted for only 10% or US$130 of this value. Beyond a sustainable supply of forest products, the economic benefits of the contribution of forests towards watershed protection (US$183) and carbon sequestration (US$968) were found to be more significant in terms of risks from deforestation and forest degradation.16

The benefits and costs of  deforestation and forest degradation in the region were shown to be experienced differently by each respective country.17 These values also need to be considered when developing policies that affect the conversion of natural forests to other competing land uses such as agriculture, plantations, mining, or urban development, especially in the developing economies of Cambodia, Laos and Myanmar.18.