SDG 16 seeks to “promote peaceful and inclusive societies for sustainable development, provide access to justice for all and build effective, accountable and inclusive institutions at all levels.”1 Its monitoring framework includes twelve targets, each of which have between one and four indicators.2 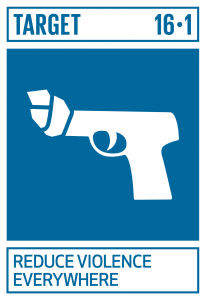 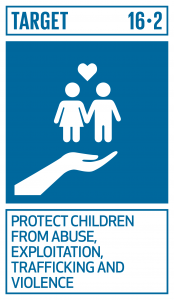 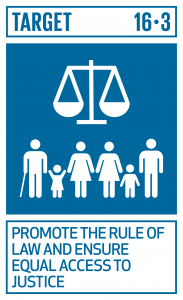 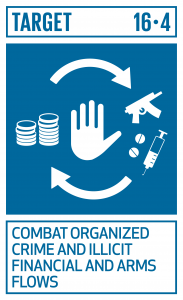 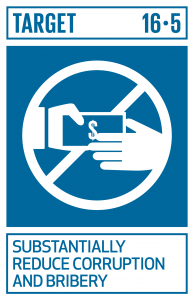 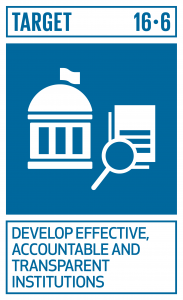 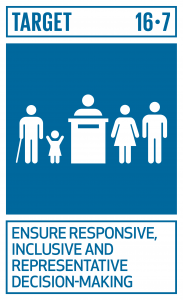 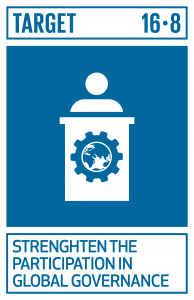 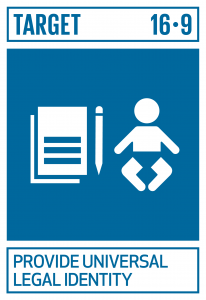 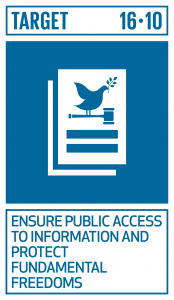 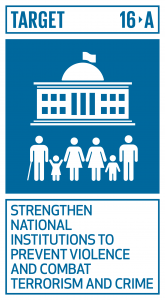 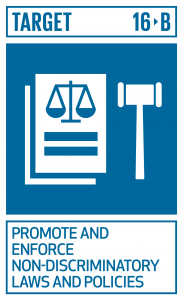 SDG 16 does not directly descend from any particular Millennium Development Goal (MDG). Instead, it builds on underlying concepts from several MDGs and applies them in a different context.  For example, MDG 2 (universal primary education)4 is closely tied to SDG 16.10 (access to information). Education is an important step in providing access to information because the public must be able to understand the information they receive. MDG 4 (reducing child mortality)5 and MDG 6 (combating AIDS, malaria, and other diseases)6 were also closely related to SDG 16.1 (significantly reduce all forms of violence) and SDG 16.2 (end violence against and trafficking of children). SDG 16.1 & 16.2 build upon and expand the concepts of health and safety that were present in MDGs 4 & 6.

The SDGs promotes a more holistic view of health, safety, and rights than the MDGs. Not only do the SDGs continue to promote bodily health (SDG 3), SDG 16 seeks to fight violence (SDGs 16.1 & 16.2) which helps prevent other forms of danger or death. SDG 16.2 also places a special emphasis on children – a group that is particularly at risk. 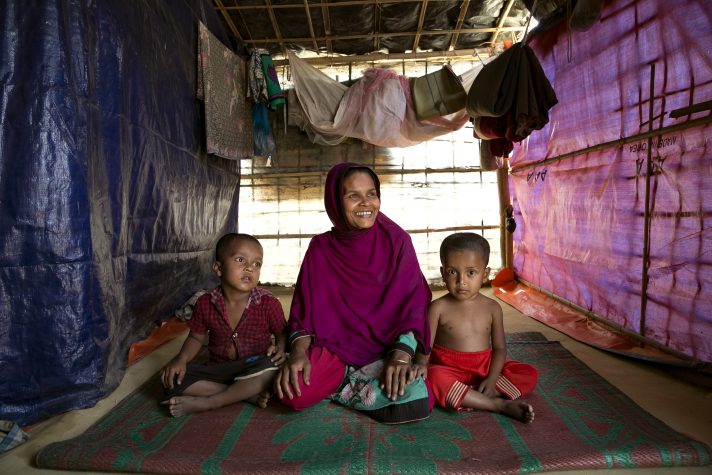 Children, especially experiencing like the Rohingya in Myanmar, are particularly at risk when institutional frameworks fail. Photo by UN Women/Allison Joyce, Flickr. Licensed under CC BY-NC-ND 2.0.

SDG 16 is also interlinked with many other SDGs. For example, the underlying concepts of health and safety present in targets 16.1 (significantly reduce all forms of violence) and 16.2 (end violence against and trafficking of children) are also present in SDG 1 (No poverty), SDG 2 (Zero hunger),7 and SDG 3 (Good health and well-being).8 Furthermore, targets 16.B and 16.7 promote notions of equality and inclusiveness that are present in SDG 5 (Gender equality)9 and SDG 10 (reduced inequalities).10

Little progress has been made on the implementation of SDG 16 in the Lower Mekong Countries. The 2015 SDG baseline report noted that progress on SDG 16 in ASEAN, including the LMCs, was behind schedule in 2015.11 The subsequent 2017 SDG progress report showed that there had actually been regression since 2000 which completely erased the progress that had already been made.12 While it is hard to measure exact progress given the lack of data, discussed below, it is clear that significant change is necessary if SDG 16 is to be achieved.

The countries of Asia and the Pacific recognize the importance of the 2030 agenda for sustainable development. As such, they created a roadmap for its implementation which was adopted during ESCAP’s 73rd Commission Session.13 This road map “recognizes that sustainable development must be underpinned by peaceful and inclusive societies, addressing inequality, and by good governance.”14 However, the priority areas outlined in the roadmap are said to underline a list of major issues in the region which do not specifically include peace, justice, or strong institutions.15

SDG 16 requires a vast array of resources from both the country and regional levels, including financing, technology, capacity, and trade.18 SDG 16 also requires a large commitment to fix deep systematic issues.

The countries in ASEAN have specifically recognized the importance of financing the 2030 Sustainable Development agenda.19 Regional partnerships are extremely important to financing the SDGs, but ultimately, financing will need to be country driven.20 While financing for SDG 16 is not necessarily as large in scale as it is for other SDGs that require large infrastructure investments, it is still quite important.

The largest challenge to achieving SDG 16 in the Lower Mekong Region is addressing systemic issues (SDG 16.a). Fixing any systemic issue is challenging because it often requires complicated and controversial legislation (SDG 16.b). For example, SDG 16.5 (substantially reduce corruption) is measured by proportions of individuals and businesses that are asked to pay or do pay a bribe to an official. However, in order to combat corruption, countries must have a sufficient legal framework to deter it. Countries in the region must also address the societal norms regarding frequent small scale bribes.

For example, all the countries in the Lower Mekong Region have signed and ratified the UNCAC which requires them to undergo a peer review of their legal framework regarding corruption and bribery.21 Cambodia, Lao People’s Democratic Republic (Lao PDR), and Vietnam have a completed country review reports as of May 2019, each of which point out several deficiencies in the countries’ legal frameworks. For example, Vietnam has only criminalized active bribes of two million Dong (approximately 85 USD) or more, or bribes smaller than two million Dong if they cause serious consequences or repeated violations. 22 The review also found that “Vietnam has not adequately addressed the bribery of foreign public officials and officials of public international organizations.”23 It also noted that bribery in the private sector is not criminalized in Vietnam.24

Access to relevant data is a severe problem that affects the implementation and monitoring of all SDGs in the Lower Mekong Region. This issue is illustrated within the 2015 ASEAN SDG Baseline Report in which they were only able to analyze sufficient data for 50 out of the 232 SDG indicators.27 In respect to SDG 16, the ASEAN Baseline Report only addresses one of the twenty-three indicators: SDG 16.1.1 (intentional homicide rates).28 Just two years later, the 2017 United Nations SDG Progress Report was only able to address two out of twelve of the SDG 16 targets.29

The use of the CPI in the 2017 progress report exemplifies the lack of information surrounding a vast majority of the indicators. However, it also shows how using substitute information can allow users to track progress for the SDGs when it would be otherwise impossible.