In the past decade, infrastructure development has been a central focus of policymaking for countries in the Lower Mekong – Cambodia, Laos, Myanmar, Thailand, and Vietnam. Financing these projects is a complicated and large undertaking. A multi-billion dollar airport project, for instance, may require loans from banks, equity from investors, and guarantees from the government. 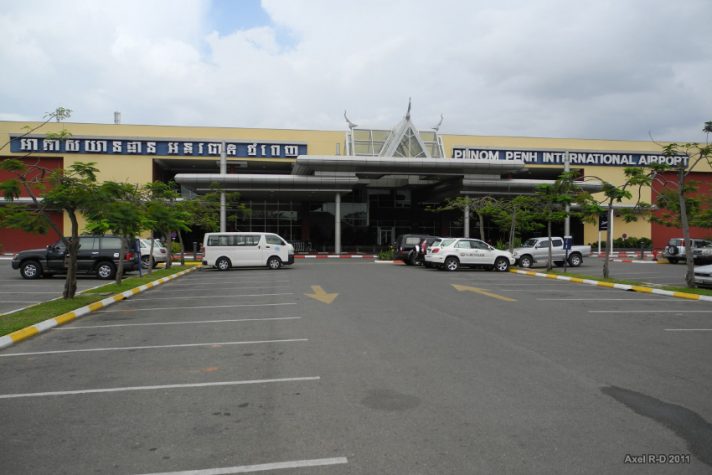 The Pochentong Airport in Phnom Penh, Cambodia is an example of a privately financed infrastructure project. It was first built in 1995 and a sponsor was French company Vinci. See dataset for more details. Photo by Axel Drainville via Flickr. Licensed under CC BY-NC 2.0.

Participants in infrastructure projects can involve both private and public entities from more than one country. Such participants include:

Each has a different level of influence in the process. The three main decision-makers are the host government, the sponsor(s) and the financiers. The financiers have significant influence on the project – these are the entities lending and investing the money. Thus, it is important to understand how projects are financed in the Lower Mekong Countries (LMCs).

Traditionally, infrastructure financing has relied on public sector funds, from government revenues such as taxes.1 In this case, a government assumes 100% of the risk of development, and is responsible for all stages in the project lifecycle. Disaggregated data indicating public vs. private financing for infrastructure in the Lower Mekong is difficult to find, due to a combination of not having standard definitions or methods for measurement, a wide variation in investment structures, and low transparency on government spending.2 One source indicates that approximately 80% of infrastructure investment in Southeast Asia is from public sources.3 This corroborates well with the fact that public funding usually targets health, education, transport, and utilities, as these are the basic priorities of developing economies dealing with industrialisation, urbanization, and increasing congestion.4 However, Southeast Asia is a large region, and countries in the region vary widely in level of development (compare Myanmar to Singapore, for example).

For developing countries, like Cambodia, Lao PDR, and Myanmar, the demand for new and replacement infrastructure is much higher than the financial capacity of their governments.12 Nor can they take the financial risks needed to invest in this development. Bilateral and multilateral development assistance has thus played a strong role in the region.13 However, the need for infrastructure continues to be much greater than these financiers are able to provide. A projection for the period of 2014-2020 shows an estimated US$6.4 billion gap, mostly in transport and energy infrastructure investment, if relying solely on public and MDB funding.14 Thus, Public Private Partnerships (PPPs) are increasingly gaining popularity.

PPPs have been promoted by MDBs like Asian Development Bank as useful tools to leverage the private sector, allocate risks, and raise capital for infrastructure development.15 In PPPs, the private sector works over a long-term contract with the government to provide public services traditionally financed solely by governments.16 With limited domestic resources, the project may be financed by a foreign bank or use services from a foreign company, turning it into an internationally financed project.17 PPPs are seen as a way to leverage the efficiency of the private sector.18

Where Does the Money Come From?

Financing for PPPs can come from private investors, as well as multilateral development banks and public funds.19 Whether a funding source will finance a project is dependent on a variety of factors related to the likelihood that the project will be successful and the borrower will pay back their loans.20 Public funding (usually through bond issues) is one  way money is raised, and another is project finance through banks.21

There are seven different types of PPP Contracts:

In the Lower Mekong region, the most common form of contract for infrastructure projects is the BOT (Build, Operate, and Transfer) model (and its variations).24 Under BOT, a private sector investor develops and finances a new infrastructure project according to standards set by the government. Importantly, the private operator now owns the assets for a period set by contract. The public sector agrees to purchase a minimum level of output produced by the facility (e.g. electricity produced from a hydroelectric dam), sufficient to allow the operator to recover its costs during operation. When the contract ends, ownership is transferred back to the government. There are many variations on the basic BOT structure including build–transfer–operate (BTO) where the transfer to the public owner takes place at the conclusion of construction rather than the end of the contract and build–own–operate (BOO) where the developer constructs and operates the facility without transferring ownership to the public sector.25

Under a service contract, the government hires a private entity to complete certain tasks or services for a set period of time, typically 1–3 years. The private partner is paid a predetermined fee to do this. The government remains the primary provider of the service. Therefore, the contractor can earn more profit if it can reduce its operating costs, if it can still meet required service standards.26

In a management contract day-to-day management and operation of a public service (i.e., utility, hospital, port authority, etc.) is contracted out. In most cases, the private partner provides working capital but no financing for investment. The private contractor is paid a predetermined rate for labor and other anticipated operating costs. The public sector remains responsible for any major capital investments, such as to expand or improve the system.27 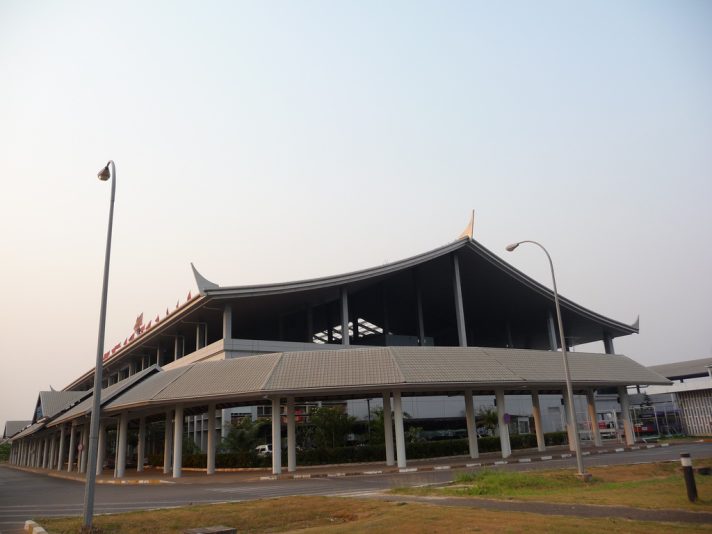 The airport in Vientiane is an example of infrastructure built based on a management contract. For more details see this dataset. Photo by Top Koaysomboon via Wikimedia. Licensed under CC BY-SA 2.0.

Under a lease contract, the private partner is responsible for the service, including operation and maintenance but not new and replacement investments, which remain the responsibility of the public authority. No assets are sold to the private sector. An affermage is similar, but not identical, to a lease contract. Instead of paying a preset lease payment to the contracting authority, the private sector pays the contracting authority an affermage fee, typically an agreed rate per every unit sold. The affermage reduces some risks associated with low sales.28

In a concession, the private sector operator (concessionaire) is responsible for the full delivery of services in a specified area, including operation, maintenance, collection, management, and construction and rehabilitation of the system, including all capital investment. Assets are publicly owned even during the concession period. In other words, the public sector becomes the regulator, rather than a service provider. A concession contract is typically valid for 25–30 years.29

Joint ventures are alternatives to full privatization in which the infrastructure is co-owned and operated by the public sector and private operators. The public and private sector partners can either form a new company or assume joint ownership of an existing company through a sale of shares to one or several private investors. The company may also be listed on the stock exchange. Ideally, a company should maintain independence from the government. Both partners have to be willing to invest in the company and share certain risks.30

Contract arrangements that adopt characteristics from a range of contract types are called hybrid contracts. They provide a tailored solution in terms of scope, risk sharing, and/or scope that is most directly suitable to the project at hand.31