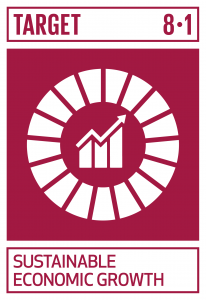 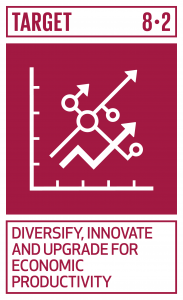 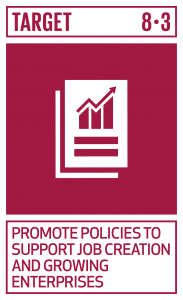 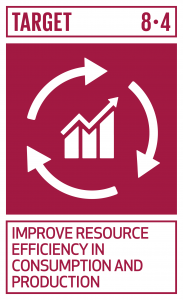 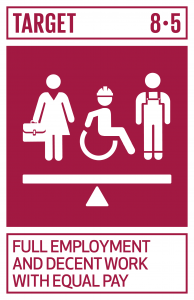 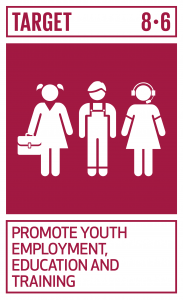 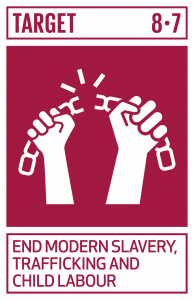 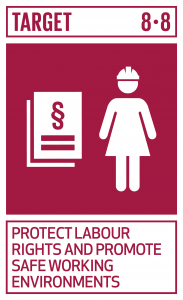 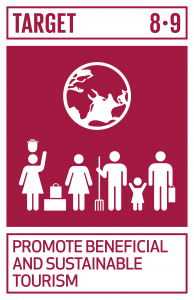 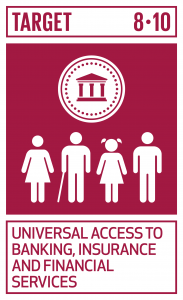 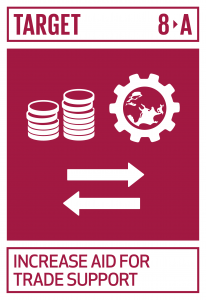 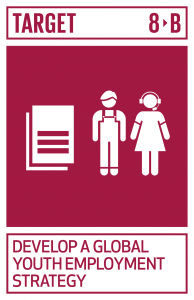 The Millennium Development Goals (MDGs) recognized that decent and productive work for all was a crucial aspect of addressing poverty and hunger. Employment was added in 2008 as an additional target, 1B (Achieve full and productive employment and decent work for all, including women and young people), with four indicators under Goal 1 (Eradicate extreme poverty and hunger) and one under Goal 3 (Promote gender equality and empower women).1 However, these indicators primarily addressed the economic aspects of labour, such as the growth rate of labour productivity (1.4), and employment levels (1.5 and 1.6), with vulnerability defined narrowly (own-account and contributing family workers, 1.7).2 Gender was addressed only in regard to labour equality (share of women in waged employment in the non-agricultural sector, 3.2).3 The MDGs focused on the fact that possibilities for employment were not increasing at a rate sufficient to meet the demand of a growing labour force. In addition, even at the close of the MDG period in 2015, inequalities of access to employment as between women and men continued to characterize the employment scenario globally.4

The SDGs have expanded on the MDG approach to employment by including it broadly as a separate goal for human development rather than treating it narrowly as simply a way to reduce poverty. It is now seen not just as a goal, but as a driver of sustainable development.5 SDG 8 is promoted as a framework that allows the inclusive, economic growth of countries while respecting core labour rights.6 The breadth of SDG 8 means that in order to make progress, an integrated planning approach is needed, engaging a broad array of actors, from government ministries, to the private sector, to civil society. 7 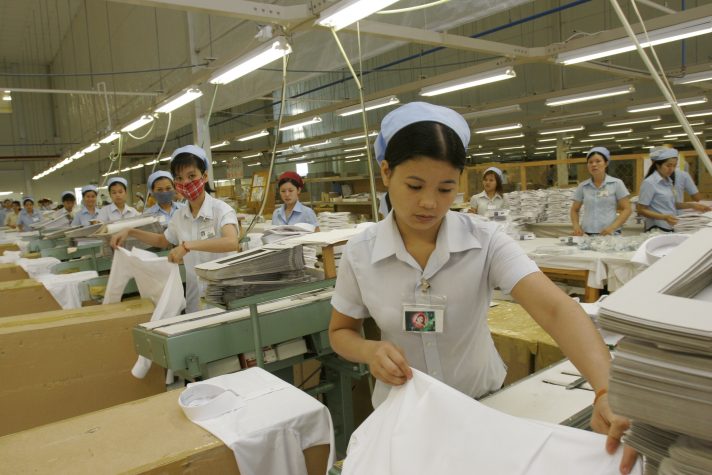 Garment factory working conditions have been the subject of human rights activism, especially in countries such as the LMCs where manufacturing is a major economic sector. This is to ensure that a country’s economic growth is not created at the expense of workers. Photo by Chau Doan/UNIDO via Flickr. Licensed under CC BY-ND 2.0.

International organizations, such as the International Labour Organization (ILO), are important as well. The ILO, which is active as a custodian agency for a number of the SDG 8 indicators, also works on different programs relevant to employment-related issues globally, including to end child labour and forced labour, and ensure decent work for all. Some relevant programmes and policies include the International Programme on the Elimination of Child Labour, established in 19928 the Forced Labour Convention, 19309; and the Protocol of 2014 to the Forced Labour Convention, 193010.

Although SDG 8 forms a standalone goal addressing decent work (which, for the ILO, is comprised of employment creation, social protection, rights at work, and social dialogue11), key aspects of this concept have also been embedded in the targets of many of the other SDGs.12 In particular, SDG 8 is seen as being particularly connected with the achievement of SDGs 1 (No Poverty), 5 (Gender Equality), 10 (Reduce Inequality), and 16 (Peace, Justice, and Strong Institutions).13 As such, looking at the SDGs as an interconnected whole is crucial.

In addition, SDG 4 (Quality Education) and SDG 8 are seen as complementary. Under the theme of “investing in human capital”, education is understood as a key component of addressing labour issues and supporting sustainable economic growth.14,15 This includes an investment in basic education, re-skilling and skills upgrading, as well as helping youth navigate the transition from school to work.16

Progress on the MDGs, and now the SDGs, in the LMCs can only be characterized as mixed at best. Economic growth has come at the cost of expanding inequality, especially as it relates to SDG 8.17,18 Gains related to SDG 8 which had been achieved by 2015 are being eroded.19 Almost half of the targets showing that the situation has worsened in the Southeast Asia subregion are related to SDG 8, influenced by factors such as material productivity well below the current world average of 0.75 US$ per kg of material use.20

The largest gap in the countries of Southeast Asia can be seen in regard to employment in manufacturing sector.21 ASEAN’s Economic Community is expected to stimulate manufacturing, and with rising labour costs in China, the Lower Mekong Countries are expected to see a rise in employment in manufacturing. The LMCs are already strong manufacturing countries in a wide range of sectors, including electronics in Vietnam, auto parts manufacturing in Thailand, and garments in Cambodia, Lao PDR and Myanmar.22 In addition, combating child labour and forced labour remain priority concerns. The UN continues to promote the use of appropriate policy frameworks to effect change.23 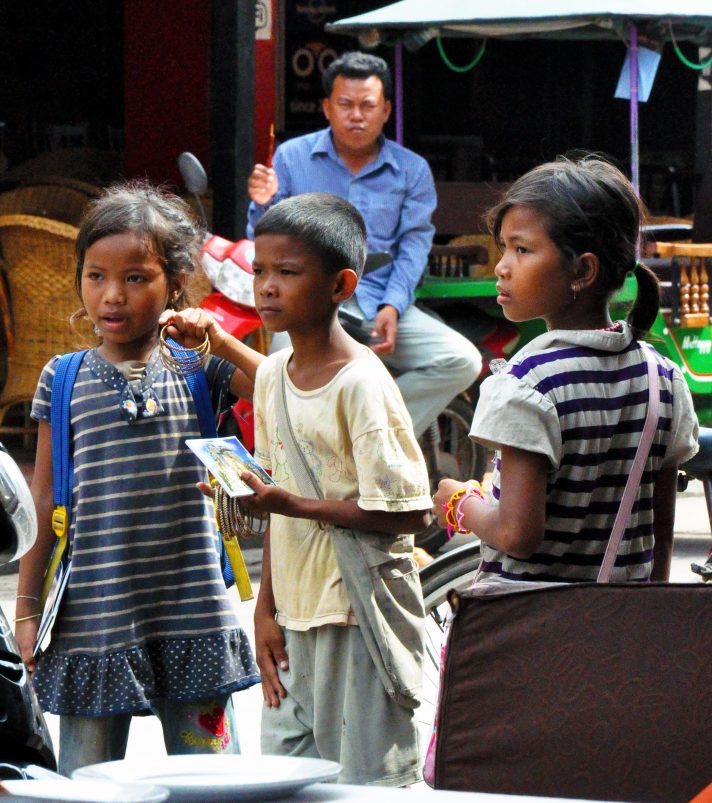 Child labour in the LMCs remains a key area of concern. Photo by Stig Berge via Flickr. Licensed under CC0 1.0.

The Asia Pacific region is not on track to achieve the ambitions of the 2030 Agenda in any of the eleven priority areas of regional cooperation.24 One top item on the list of unfinished business is engendering inclusive, broad-based economic progress that creates decent jobs.25 Access to these decent jobs, and dependence on the agricultural sector and informal sector jobs and/or self employment are understood as factors causing poverty. There is also often a mismatch between the skills of youth coming onto the job market, and the skills necessary for the jobs that are available.26,27 For this reason, USAID has developed a program aimed at helping students gain the skills needed for gainful employment in the LMCs.28

Access to financial institutions remains another hurdle. In almost all of the LMCs, only a third or less of the population over 15 have access to banks or other similar institutions. The only exception is Thailand.

The second, 8.b (develop and operationalize a global strategy for youth employment and implement the Global Jobs Pact of the International Labour Organization) also addresses systemic issues.

The Asia-Pacific Region, which includes the LMCs, developed a road map to provide regional support for meeting the global means of implementation for the SDGs. The priority areas that map on to SDG 8 include finance; North-South, South-South, International and Regional Partnerships; Leaving no one behind; and Connectivity for the 2030 Agenda.30 However, a recent report indicates that it is clear that the Asia-Pacific Region is not on track to meet any of the areas of priority, and in fact is showing signs of regression.31 In addition to the priority areas indicated above for SDG 8, much more data is needed.

Even with the limited data available, it is clear that regionally, the LMCs and the other Asia-Pacific countries are not on track to meet SDG 8. This reflects the same trend globally. Global growth (8.1) and productivity (8.2) are nowhere near the levels needed for SDG8, and formalization of economies (8.3) remains a major issue. Equality (8,5) inclusivity (8.10), and reducing oppressive work environments (8.6) remain elusive.32 Issues particularly impacting the LMCs include quality of work; equality in accessing work; financing and equal pay; prevalence of the informal economy; and child labour.

As at April 2019, globally speaking, 8/17 of the indicators for SDG 8 have data for at least half the countries and half the population in every region where the indicator is relevant (Tier I). Eight have an internationally established methodology (Tier II), and one remains under development (Tier III). A work plan for the Tier III indicator, 8.9.2, still has not been submitted to UNSD.33

ILO is the custodian UN agency for most of the indicators.