The Chinese government has accepted three recommendations (made by Ecuador, Peru, and Kenya) to address the human rights and environmental impacts of overseas Chinese investment and infrastructure projects. This signals a shift in the way that China has been approaching the human rights and environmental impacts of their projects. Yet, in ASEAN, including the Lower Mekong Countries, China’s investment activity goes largely unchecked despite being an important investor.1

While special economic zones (SEZs) have potentially less intensity of impact than dams do, the range of possible impacts are similar. In addition, the impacts add together. For example, the Chiang Khong SEZ in the Boonruang Region is located downstream of a Chinese dam on the Ing River (at the mouth of the Mekong), and the dam is believed to have caused drought downstream.2 This has in turn caused a reduction in fish stocks, meaning that people living by the river have lost their source of income, and so have needed to move.3 In addition, the government’s plan to expropriate the wetlands in Boonruang for the SEZ was completed without public consultation, meaning that local communities were not fully informed about what was happening. 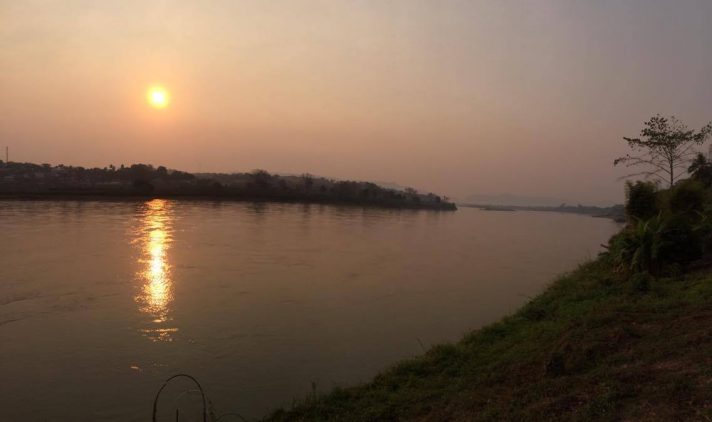 Sunrise at the Mekong River in Northern Thailand, close to where the Chiang Rai SEZ is located. Photo by International Rivers via Flickr. Licensed under CC BY-NC-SA 2.0.

Transparent information, grievance procedures and human rights mechanisms remain important for people impacted by Chinese projects in the Lower Mekong Region. Though there are not many, some that are relevant are described here.

The Office of the High Commissioner of Human Rights (OHCHR)

The Office of the High Commissioner of United Nations Human Rights (OHCHR) is the United Nations’ main organization dealing with human rights. Part of it includes the Human Rights Council, which has a series of special procedures to access “independent human rights experts with mandates to report and advise on human rights from a thematic or country-specific perspective.”4 Individuals or groups can access these special procedures by sending a letter outlining how they believe their human rights have been violated.5 Then, the Human Rights Council can directly intervene with the country allegedly engaged in these human rights violations by sending a letter requesting follow-up actions.6

This mechanism was used in the Lower Mekong Region in 2016 by the Mekong River Commission (MRC). They expressed concern about the Don Sahong Dam in Lao PDR, constructed by China’s Sinohydro Corporation and developed by Malaysia’s Mega First Corporation Berhad.7 The MRC was concerned about the violation of rights to food, health, culture, housing and participation and information.8 The OHCHR found that impacts of the dam were estimated to negatively affect 29.7 million people,9 although others have estimated an impact to about 60 million people.10 The Lao PDR government has responded by saying that these findings are “exaggerated and fabricated”.11 Until now, no further known exchanges are made. It is unclear whether the Lao government has made any effort to address the grievances. 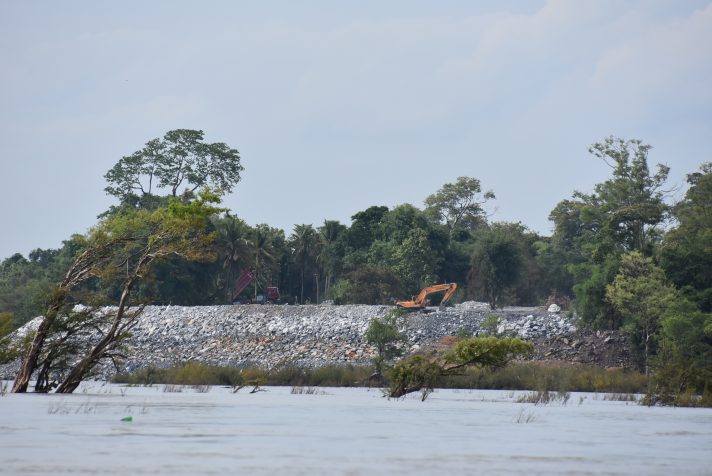 The Don Sahong Dam, in Laos, was constructed by China’s Sinohydro Corporation and developed by Malaysia’s Mega First Corporation Berhad. Photo by International Rivers via Flickr. Licensed under CC BY-NC-SA 2.0.

Local community groups can also seek support from a third party, such as an NGO, to submit a joint request or statement. In the LMCs, the Mekong Youth Assembly was assisted by International Rivers to make a joint submission to OHCHR on the violation of children’s rights to education, health, adequate food and housing caused by the construction of mega hydropower dams. They claimed that in addition to non-transparent decision-making processes, local governments and other entities engaged in intimidation and violence against those engaged in speaking up about human rights.12 In addition, they cited ecological damage, fisheries loss, direct impact on families, forced migration, a lack of public services, and no grievance mechanisms.13 They used the Lower Sesan II Dam in Cambodia as an example. The submission requested the government and businesses involved to abide by the Child Rights and Business Principles (CRBP) set by UNICEF, engage in meaningful consultations with local communities, and allow civil societies to explain available grievance mechanism process to affected communities.14 There is no specific response made by the Special Rapporteur to the submission.

The ASEAN Intergovernmental Commission on Human Rights (AICHR) was established in 2009, with the aim of strengthening regional cooperation on issues of human rights. However, the AICHR can only receive communications from the ASEAN secretariat; it has no legal mandate, nor the power to receive complaints from specific victims of human rights violations.15 In order for individuals to seek assistance through AICHR, they can request the ASEAN secretariat to do so via the AICHR website,  or by sending an email either to the ASEAN secretariat or AICHR representatives.16 They can also consult with civil society organizations (CSO) that have already been accredited to officially engage with  the AICHR. There are 30 of these CSOs, including Child Rights Coalition Asia, FORUM Asia, Thailand Association of the Blind, and the Vietnam Peace and Development Foundation, all of which have a presence in the LMCs.17 Asia Indigenous People’s Pact is another accredited CSO. 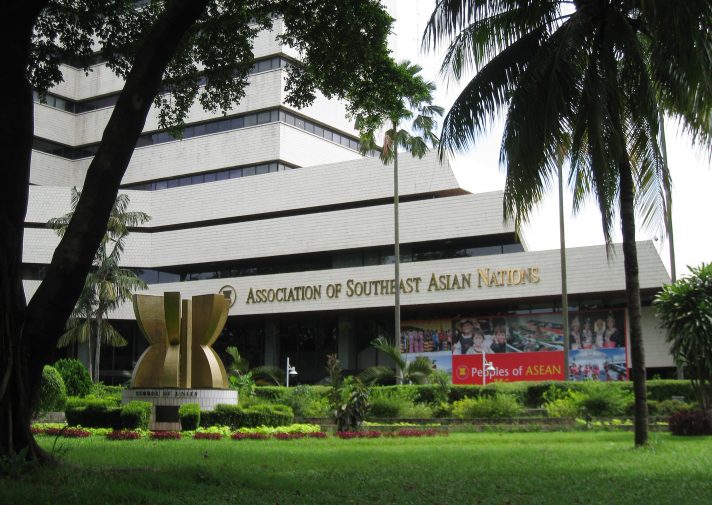 The ASEAN Secretariat is housed at the ASEAN headquarters in Jakarta. Photo by Gunawa Kartapranata via Wikimedia. Licensed under CC BY-SA 3.0.

AICHR works on awareness raising and calls for corporate social responsibility (CSR) by organizing thematic studies, workshops and dialogues. While there is no specific work yet in the context of Chinese investment in Mekong countries, there are many workshops covering human rights issues as a consequence of climate change, natural disasters and migration. For example, it carried out a gender-specific study on natural disaster management, which brought attention to safer investment in the LMCs.18 AICHR also holds regular high-level dialogues and forums to discuss CSR issues, although these meetings only establish suggestions and recommendations.

The AICHR cannot enforce policy recommendations or corporate obligations, and protection of human rights sometimes gives way to promoting investment.19 The AICHR has recommended that ASEAN develop ASEAN-wide CSR and human rights guidelines in accordance with internationally accepted business and human rights principles, such as those endorsed by UNDP.20 Currently, ASEAN has a Human Rights Declaration 2012 but  does not apply “universal” human rights standards.

AICHR is considered to be a weak institution, with various human rights NGOs calling for greater independence.21 The work they do is not legally binding – for example, in the Kamchay Dam case, no commitments were made about community forest management, despite discussions.22 In addition, assistance is usually short term, with the long term well-being of impacted people not guaranteed.

China has been known for being reluctant to impose limitations and conditions on its investments abroad. However, this is starting to shift. In addition to accepting the international recommendations to address human rights issues in their investments abroad, Chinese government, financiers, and companies are starting to develop relevant policies. For example in the LMCs, China’s Sinohydro Corporation and the Export-Import Bank of China (China Eximbank) (both involved in the Kamchay Hydropower project in Cambodia have each adopted an environmental policy.23 Sinohydro has also shown willingness to engage with civil society organizations.24

There remains much to be improved in terms of human rights mechanisms, especially in the LMCs where there are often multiple investors. In this situation there is no standardisation in the human rights mechanisms or social impact regulations that apply. This is even the case as between different Chinese financiers. The Silk Road Fund, for example, does not have an information disclosure policy or a complaints mechanism.25 It is hard to know how to hold these financiers accountable. In addition, some of these financiers have internal policies for investment impacts assessment, while others have not yet published any policies relevant to human rights or environment.