Thailand and Vietnam lead the countries of the Lower Mekong in their adoption, accessibility and investment in science and technology, consistent with their position as the two most developed nations in the region. 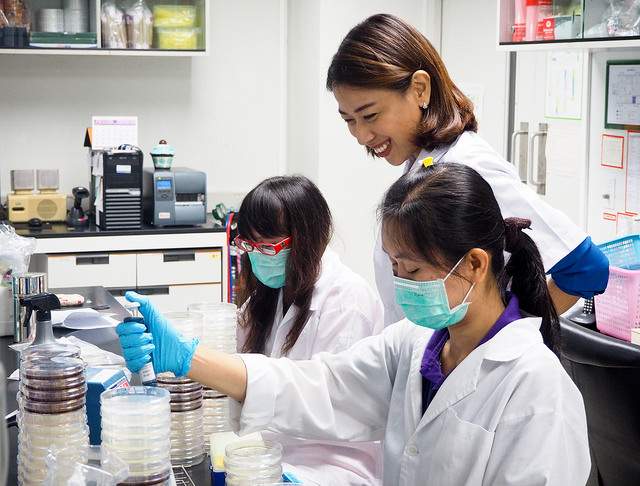 The ministries responsible for science and technology in the governments of the Lower Mekong have all published policies1 that cover the same general goals, such as:

The World Economic Forum’s Global Competitiveness Index is compiled from data around 12 ‘pillars’, three of which have close relevance to science and technology: higher education and training, technological readiness and innovation. In the 2017–18 index, all the Lower Mekong countries (excluding Myanmar, which is not ranked) have much lower scores for these areas than their overall ranking.2 Cambodia, for example, ranks 94th overall out of 137 countries, yet is in 124th place for higher education and training. Thailand and Vietnam score 32nd and 55th overall, yet are 61st and 79th respectively for technological readiness. Strong scores in areas such as macroeconomic environment or labor market efficiency are undone by the poor technological rankings for each country.

The targets under Goal 9 of the United Nations’ Sustainable Development Goals set some broad benchmarks of increasing research capabilities and spending, as well as access to technology.3 Given the current low base of these areas for most Lower Mekong countries, these targets should be achievable by 2030.

The ICT Development Index 20174 ranks countries on 11 indicators around use of and access to technology infrastructure and IT literacy. The scores (out of a possible 10) and rankings (out of 174 countries for 2017 and 167 for 2010) are shown below.

Thailand had a rapid rise in world rankings for use and access to technology between 2010 and 2017. The country adopted a digital policy framework in 2014 which set targets for infrastructure development in both broadband and mobile networking.6

While Vietnam had the most affordable fixed broadband in the region in 2015, Thailand had by far the fastest speeds, offering 10 megabits per second (Mbit/s), compared to Vietnam’s 2.5 Mbit/s, Cambodia’s 4 Mbit/s and Laos’ and Myanmar’s 0.5 Mbit/s.7

Due to their advanced economies, industries in Thailand and Vietnam tend to use more advanced technologies in production and manufacturing than the other Lower Mekong countries; however, some innovative projects have harnessed technological advances for more traditional sectors, for example in agriculture and garment manufacturing.8 9

While these moves are positive, independent analysis still rates the region poorly compared in terms of data accessibility. The Global Open Data Index 2016 ranked Thailand 51st, Cambodia 74th and Myanmar last out of 94 countries.10 While Thailand ranked the best of the Lower Mekong countries studied, the country still received low scores for openness of land ownership and government spending data. The Open Data Barometer for 2016 included Thailand (53rd place out of 114 countries), Vietnam (79th), and Myanmar (113th and second-to-last).11

United Nations reported that the three least-developed Mekong economies of Cambodia, Laos and Myanmar achieved the 2015 target for full enrolment in primary education that was a key indicator of their Millennium Development Goals. However, their levels of secondary school enrolment, investment and research in science and technology education are still minimal.

All five countries are members of the World Intellectual Property Organization—with Vietnam the first to join in 1976, and Myanmar the most recent in 2001.12 Only Myanmar is not a contracting party to the Patent Cooperation Treaty, which allows a patent to be simultaneously recognised internationally, once filed in any of the countries party to the agreement.13 There is no centralized registration system for the ASEAN region, however, meaning that companies need to register intellectual property in each country where they operate.