SDG 3 – “Ensure healthy lives and promote well-being for all at all ages” – has a monitoring framework made up of 13 targets and 26 indicators. It covers maternal (3.1) and newborn/children’s health (3.2), communicable (3.3) and non-communicable diseases (3.4), substance abuse (3.5), traffic accidents (3.6), reproductive health (3.7), and environmental health hazards (3.9). The means of implementation targets (3.A to 3.D) cover both financial (3.C) and non-financial (3.A, 3.B, and 3.D) means of implementation. Universal health care (UHC) (3.8) ties all these different aspects together.1 Along with SDGs 1, 2, 4, and 5, SDG 3 is people-focused and aims to establish conditions that protect human dignity and assist those who are farthest behind.2 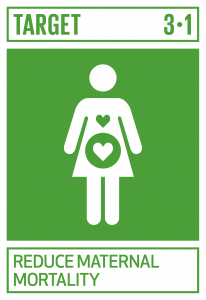 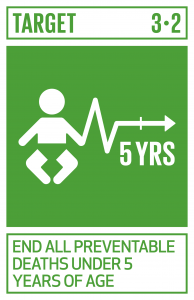 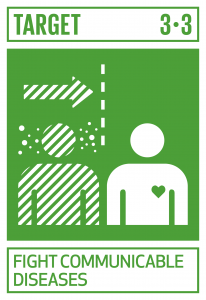 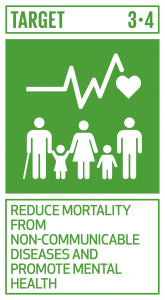 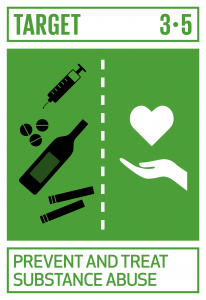 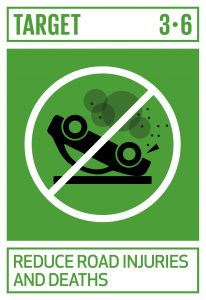 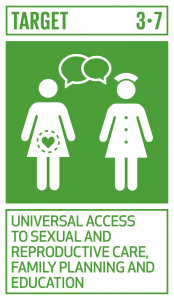 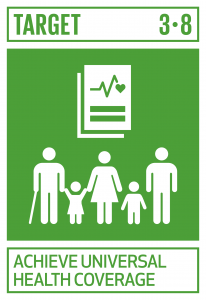 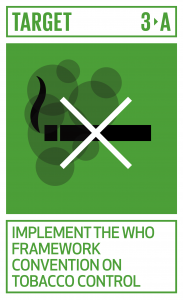 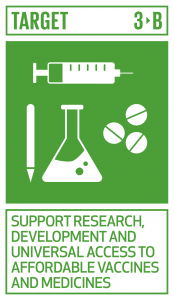 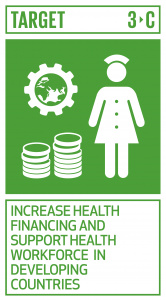 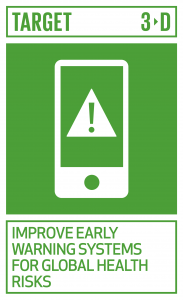 The Millennium Development Goals (MDGs) featured a strong focus on health, but approached it in a sectoral way. For instance, specific public health issues were targeted (MDGs 4 (Reduce child mortality), 5 (Improve maternal health), and 6 (Combat HIV/AIDs, malaria, and other diseases)4, while other targets focused on water and sanitation (MDGs 7.C and 7.D)5 and essential drugs (MDG 8.E)6. Aiming to address health in a more integrated manner, the SDGs use a life-cycle approach to health, which means addressing issues from birth to death.7

Although progress was made as a result of the MDGs, health challenges remain. Thus, some old MDGs now have an expanded focus in the SDGs, like reducing maternal mortality (SDG 3.1) and child mortality (3.2), fighting infectious diseases (3.3) and improving sexual and reproductive health-care services (3.7).8 SDG target 3.b (Access to vaccines and medicines) is also closely related to the MDG targets.9 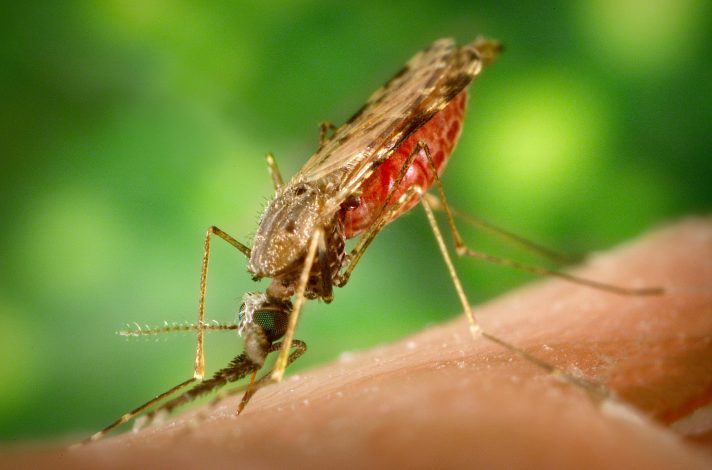 Mosquitoes carry diseases such as malaria, the transmission of which is being affected by climate change. Photo by James Gathany (CDC), Wikimedia. As a work of the U.S. federal government, the image is in the public domain.

Taking an integrated approach to SDG 3 requires addressing inequalities. Preventing gendered violence and addressing adolescent health must be prioritized. Vulnerable groups such as migrant and refugee populations also often lack access to services while being impacted by multiple health risks. 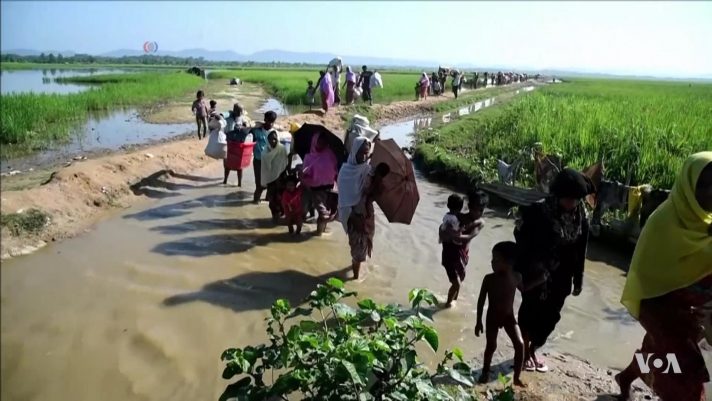 Refugees, such as these Rohingya populations from Myanmar, often are more vulnerable to health issues while also having less access to health services. Photo by Zlatica Hoke, Wikimedia. This media is in the public domain in the United States because it solely consists of material created and provided by Voice of America, the official external broadcasting service of the federal government of the United States.

In 2018 the WHO adopted a five-year strategic plan to achieve the SDGs, particularly SDG 3. To track the impact of the strategic plan, a result framework has been established and is continuously being refined. The final version will be presented in January 2020.12

The plan’s three targets, known together as the “triple billion” target, are:

However, as health-development work is not limited to the SDGs, the WHO is also promoting these six main lines of action to as a guideline to align efforts:

A number of other WHO-led global-level initiatives are currently in place, including one on health employment and inclusive economic growth, and one on women’s, children’s, and adolescents’ health.

Generally speaking, health-related development in the LMCs varies by the level of development of the country. Thailand and Vietnam both regularly rank on the higher end of the range of progress, while Myanmar, Cambodia, and Lao PDR persistently rank below middle (see especially SDGs 3.2.1, 3.2.2, 3.3.2, 3.3.3, 3.3.4, 3.4.1, 3.8.1, 3.9.1, 3.9.2, 3.d.1.)15 However, certain things are persistent in all countries. Communicable diseases remain a major concern. For example, the struggle to end HIV/AIDS has been extended and difficult in these countries. In 2018, approximately 5.9 million people were diagnosed with HIV in the Asia-Pacific region. In the LMCs, Thailand shows the highest prevalence of afflicted adults with 1.1%, compared to Vietnam and Lao PDR with 0.3% prevalence among adults in 2018.16 The LMCs have been working to reduce new HIV infections (3.3.1), although progress varies from just under 25% in Vietnam, to almost 95% in Cambodia from the time period of 2000-2016.

In addition, climate change and globalisation, connected trends impacting the LMCs, have shifted trends in communicable disease transmission. Changes in weather patterns due to climate change has caused the reappearance of old diseases such as Malaria and Zika, while intensified globalization has increased the threat of these viruses turning into pandemics. However, non-communicable diseases such as cancer, heart disease, and diabetes due to unhealthy lifestyles and rapid urbanization also pose a growing health threat to the growing middle class population in the LMCs.17

The LMCs and China also struggle with opium cultivation and methamphetamine production. In partnership with the United Nations Office on Drugs and Crime, they have signed a Memorandum of Understanding on Drug Control to stem the flow and production of drugs and precursor chemicals to the Mekong Region.19 Thailand now ranks first in drug addiction in ASEAN as it recorded about 1.3 million drug addicts (2% of population) in 2014.20

ASEAN has included health concerns as a crucial aspect of its overall development policies rather than a standalone goal. For example, in the ASEAN Vision, technical and institutional innovations are linked with providing healthcare to all.21 Further, SDG 3 overlaps with the ASEAN Vision priority areas of building resilience and sustainable consumption and production.22 ASEAN’s 2013 Declaration on Strengthening Social Protection covers healthcare for poor and vulnerable groups. Sanitation, energy, and water infrastructure development are seen as necessities to impact health.23 ASEAN’s health ministers are also supportive of addressing common issues of concern in the subregion, including UHC and non-communicable diseases.24

In the SDG context expenditures on health are considered catastrophic if they exceed 10% or 25% of a household’s total expenditure or income. Those expenditures are usually direct out-of-pocket payments on health care services and create a great financial burden. To overcome this, SDG 3.8 aims to make access to health care independent of income.25 In particular, medicines cause a large share of catastrophic health spending. In Thailand, medicines accounted for over 75% of all out-of-pocket spending on health in 2015.26

SDG 3 is not a focus in the Asia-Pacific regional road map for implementing the 2030 Agenda.27 However, UNESCAP, ADB and UNDP recently released a framework to work towards greater equality, which will help to achieve several SDGs, including SDG 3.28

It is estimated that even to reach two-thirds of the global SDG 3 targets by 2030, spending needs to be at $104 billion a year, gradually scaling up to $274 billion.29 Meeting the targets at 100% would require even more. Understandably, the financial means of implementation is also of great concern for ASEAN leaders. The ASCC Blueprint promotes private sector partnerships for sustainable social protection financing in ASEAN.30 The ASEAN Vision aims to strengthen public-private partnerships support health care, and infrastructure development and maintenance.31 Funding issues remain despite regional funding like the ASEAN Development Fund.32 Countries dependent on Official Development Aid like Cambodia, Lao PDR and Myanmar will need to continue to properly harness domestic resources to finance the health-related SDGs.33

In particular, financing is necessary to develop and retain a quality workforce of health workers (SDG 3.C). WHO notes that countries need a minimum of 23 doctors, nurses, and midwives per 10,000 people for basic healthcare coverage.34

Yet, SDG 3 will not be achieved simply by increasing funding. Two Asia-Pacific regional priorities are particularly relevant to SDG 3:

In addition, implementation of international frameworks for tobacco control (Target 3.A) and affordable medicines (3.B) are priorities. The LMCs are signatories of the Framework Convention on Tobacco Control (3.A)36, and as members of the WTO, are committed to ensuring affordable medicines (although Cambodia, Vietnam and Lao PDR were not yet members when the WTO’s DOHA declaration (3.B) was adopted).37

Target 3.D focuses on building capacity to implement the International Health Regulations for public health risks. ASEAN has developed a work programme for 2016-2020 which specifically works toward this particular target.38 All the LMCs are involved in this work to varying degrees.

Because of the MDGs, SDG 3 has a relatively strong foundation of data and reporting frameworks.39 In addition, the overwhelming majority of the indicators are well developed and many have data. Only 2/27 indicators require further methodological work. Yet, even this goal requires an improvement in data availability and quality. Data are still required for 8/27 of the indicators, and the challenges of data disaggregation remain significant.40 For example, data are lacking for maternal mortality of girls under 15 years of age, which impacts the ability to fully address maternal health in a way that also addresses the needs of adolescent and young girls.41 Strong health information systems using multiple data sources are needed to generate the statistics needed for decision-making and for tracking progress towards the SDG targets.42

In addition, inaccuracies in data remain. Lack of financial means and methodological resources as well as incomplete monitoring create hidden gaps in country data.43 In Cambodia, data for around 43% of all SDG indicators does not provide sufficient scientific evidence to consider it reliable.44 The other LMCs show similarly high numbers of insufficient data.45 Current country statistics often do not capture the full population, leaving behind vulnerable groups.46 For example, the Government of Lao PDR was aiming to establish monitoring systems to capture population data in remote areas. However, due to financial and administrative constraints progress is very slow and major data gaps in several SDGs, including SDG 3, remain.47 Missing data is either estimated or adjusted to make progress comparable across regions. However, regional comparisons do not always fully reflect country-specific progress and challenges, which would be a key component for well-founded decisions.48

Some data challenges include a lack of disaggregated data, discrepancies between national-level and global-level data, and negotiating access to non-health sector data. 50 Country-appropriate integration of the indicators, as well as government accountability remain important aspects of ensuring that the follow-up and review of SDG 3 is effective and assists with implementation of the goal.51 Yet, it is important to note that even with some new indicators, the legacy of the MDGs means that monitoring of SDG 3 development does not start from zero.