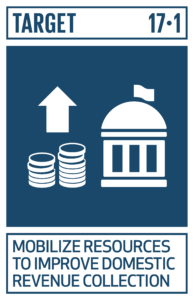 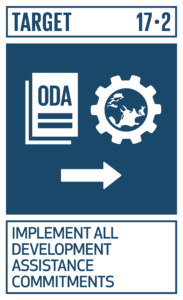 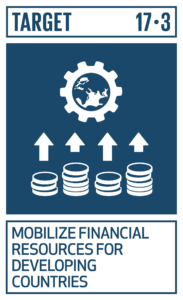 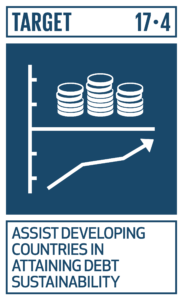 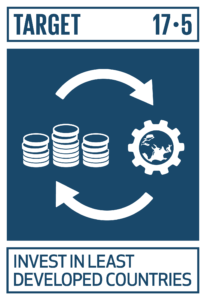 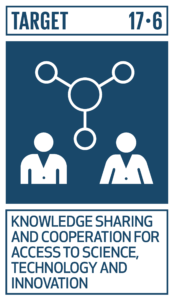 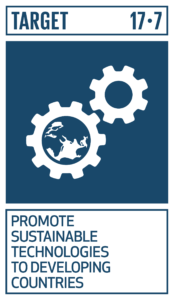 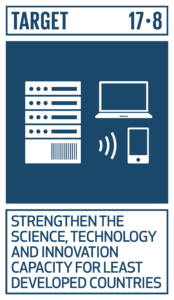 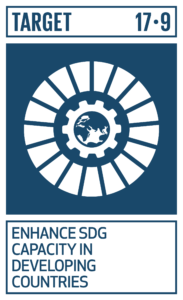 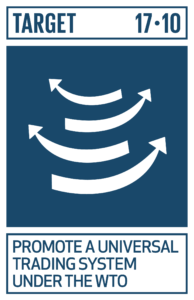 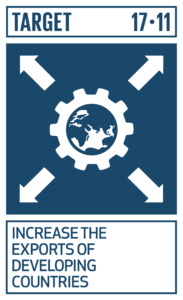 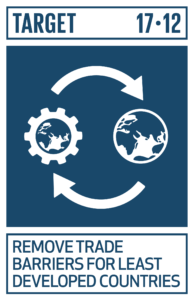 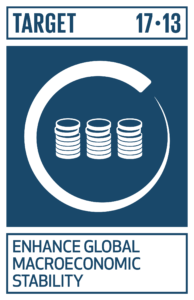 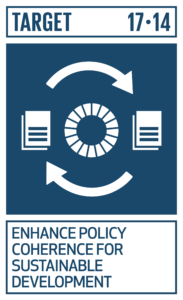 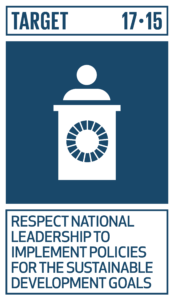 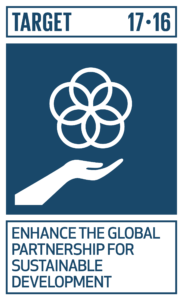 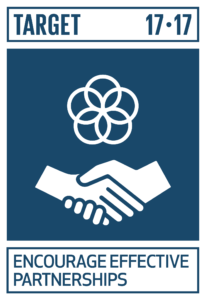 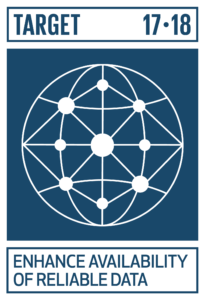 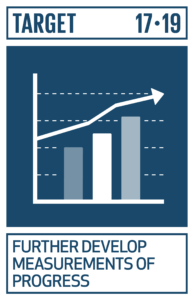 SDG 17 is reviewed annually at the High-Level Political Forum.

The term “partnerships” is used in two ways in the 2030 Agenda for Sustainable Development. The first is Global Partnership, which refers to working in global solidarity in order to facilitate global engagement in the implementation of the SDGs and bringing together government, civil society, private sector, the United Nations system, and other actors.1 The second way is as a means of implementation through multi-stakeholder partnerships, which are “voluntary and collaborative relationships between various parties, both State and non-State, in which all participants agree to work together to achieve a common purpose or undertake a specific task and to share risks and responsibilities, resources and benefits”.2 While separate ideas, both usages are interlinked, with multi-stakeholder partnerships seen as a way of achieving the Global Partnership and a complement to government efforts and the support of development assistance.3

The idea of the Global Partnership is at the root of SDG 17, which has its origins in the Millennium Development Goal (MDG) 8: A Global Partnership for Development. It attempted to bridge the gap between principle and policy by focusing on trade, aid, debt relief and technology transfer and represented a big shift in the global framework of development. Understood as a way for keeping rich countries accountable, one critique was that it did not indicate what specific policy changes were required and lacked clarity in targets and indicators.4,5 There was also a lack of alignment between the goal and its targets.6 Ultimately, countries failed to meet MDG 8.

SDG 17 attempts to improve on MDG 8 by additionally targeting the systemic issues of policy and institutional coherence, data, and multi-stakeholder partnerships. It was developed to reflect a holistic approach to the means of implementation, in addition to supplementing means of implementation targets in the other 16 SDGs.7 Yet, SDG 17 is considered to suffer from the same lack of concrete responsibilities, despite a more robust system of targets and indicators.8 The voluntary approach may be insufficient for developing the number and types of collaborations required to create the necessary transformations.9 In addition, the linkages between SDG 17 and the other goals are inconsistent, as MOI elements of SDG 17 are not included consistently in the other goals, nor are partnerships mentioned outside of SDG 17.10

UNESCAP’s role in the Asia-Pacific region is to promote cooperation among countries in the region to achieve inclusive and sustainable development, and aims to deliver on the 2030 Agenda by “promoting regional cooperation and integration to advance responses to shared vulnerabilities, connectivity, financial cooperation, and market integration”.11 The organization developed a Roadmap for Implementing the 2030 Agenda for Sustainable Development in Asia and the Pacific and has identified four priority areas for cooperation, one of which is the means of implementation and partnerships. In this regard it has engaged in activities on science, technology and innovation including policy advice and capacity building; conducted research and provided technical support on financing for development; is prepared to conduct policy and other analytical research on trade issues; and is committed to supporting partner countries in developing national statistical systems and providing regional indicator data and statistical information.12 For example, UNESCAP assisted four of the five LMCs (all except Thailand) in developing their national statistical systems.13 Another platform that UNESCAP has developed is the SDG Help Desk, as well as a rapid response facility for responding to requests for technical assistance, prioritizing requests from least developed countries like Lao PDR, Myanmar, Cambodia, while also supporting Vietnam and Thailand.14 UNESCAP has also partnered with Asian Development Bank (ADB) and UNDP to develop the Asia-Pacific SDG Partnership Data Portal. A set of guidelines on multi-stakeholder partnerships was also developed.15

ASEAN has indicated its support of the 2030 Agenda, although it has not developed any additional or specific policies regarding the implementation of SDGs. It has instead opted to indicate complementarities between its community policies and the SDGs. In this regard, ASEAN notes that multi-stakeholder collaborations are one the key underlying principles of their ASEAN Community Vision 2025.16

15/25 indicators are Tier I, meaning that the indicator is conceptually clear, has an internationally established methodology and data is regularly produced by 50% of countries and of the population of each region globally. The remainder are Tiers II and III, which mean that for 40% of indicators, data are not produced regularly.17 However, despite the global trend of a majority of indicators with data, the picture in Southeast Asia and the LMCs is different. UNESCAP reports that the Southeast Asia region has insufficient data for Targets 17.1-17.5, 17.7, and 17.10-17.18.18 UNESCAP reports that SDG 17 has been stagnant in the Southeast Asia region.19 Further, reported data may suffer from a lack of political independence.20

There is no data available for the remaining three (17.2.1: Net official development assistance; 17.3.1: Foreign direct investments, official development assistance and South-South cooperation as a proportion of total domestic budget; 17.5.1: Number of countries that adopt and implement investment promotion regimes for least developed countries). However, 17.2.1 is primarily relevant to Thailand only.

The indicators on technology partnerships (17.6.1: Number of science and/or technology coordination agreements and programmes between countries, by type of cooperation; 17.6.2: Fixed internet broadband subscriptions per 100 inhabitants, by speed; 17.7.1: total amount of approved funding for developing countries to promote the development, transfer, dissemination and diffusion of environmentally sound technologies; 17.8.1: proportion of individuals using the internet) are not as well-developed as others, with three of four without sufficient data, one of which is still undergoing methodological development (17.6.1), and only one with sufficient data (17.8.1).

In the LMCs, data is available for 17.6.2 and 17.8.1. Yet it is important to note that these indicators, as with many others, only represent a limited aspect of the relevant targets (17.6: Enhance North-South, South-South and triangular regional and international cooperation on and access to science, technology and innovation and enhance knowledge-sharing on mutually agreed terms, including through improved coordination among existing mechanisms, in particular at the United nations level, and through a global technology facilitation mechanism; 17.8: fully operationalize the technology bank and science, technology and innovation capacity-building mechanism for least developed countries by 2017, and enhance the use of enabling technology, in particular information and communications technology). See the chart below for a brief discussion of some limitations.

Capacity building has only a single target and indicator (17.9.1: Dollar value of financial and technical assistance committed to developing countries). However, dollars spent is only one measure of capacity building, and understanding actual change must go beyond a simple increase in resources and look to whether institutions themselves are stronger, better and more resilient.21

Of the three trade indicators (17.10.1: Worldwide weighted tariff, average; 17.11.1: Developing countries’ and least developed countries’ share of global exports; 17.12.1: Average tariffs faced by developing countries and small island developing States), data is available in the LMCs for two (17.10.1 and 17.12.1). Data on 17.10.1 and 17.12.1 are disaggregated by “type of product”, but it is unclear as to how the codes are defined, as this is not well-defined in the metadata. In addition, 17.12.1 benefits from the legacy of the MDGs and has been measured since 2000.

Data for all the LMCs is available for only indicators 17.18.3 (Number of countries with a national statistical plan that is fully funded and under implementation, by source of funding), 17.19.1 (Dollar value of all resources made available to strengthen statistical capacity in developing countries) and 17.19.2 (Proportion of countries that a) have conducted at least one population and housing census in the last 10 years and b) have achieved 100% birth registration and 80% death registration).

Data on 17.18.3 indicate that as at 2018 Cambodia had a national statistical plan that is funded by the government and donors but were not yet implemented; Lao PDR, Myanmar, Thailand and Vietnam had plans that were being implemented. Data from 17.19.2 also indicates that all countries have held a census (Cambodia in 2008; Lao PDR in 2015; Myanmar in 2014; Thailand in 2010; and Vietnam in 2009) and that all but Thailand are struggling with birth and death registration (data on Lao PDR is unavailable). See the dataset here.

The remaining indicators have no data. (17.13.1: Macroeconomic dashboard ; 17.14.1: Number of countries with mechanisms in place to enhance policy coherence of sustainable development; 17.17.1: Amount of United States dollars committed to public-private and civil society partnerships; 17.18.1: Proportion of sustainable development indicators produced at the national level with full disaggregation when relevant to the target, in accordance with the Fundamental Principles of Official Statistics)