In the Greater Mekong Subregion there are a broad range of stakeholder perpectives and relationships that contribute to how forests are managed. In these nations, forests have diverse values to groups ranging from small landholders, large concessions holders, governments, the private sector and civil society. 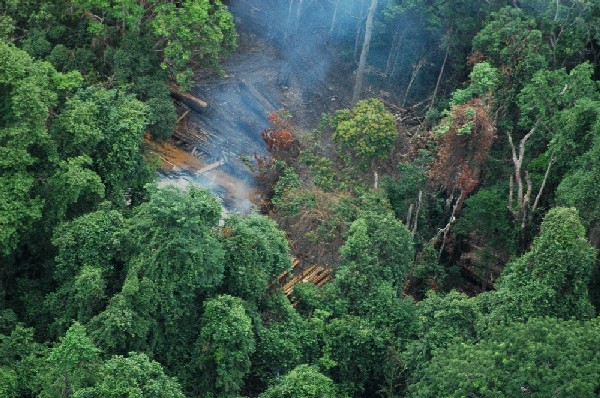 Cambodia (2002), Laos (2007), Myanmar (1992), Thailand (1941), and Vietnam (2004) each have national legal and policy mechanisms to govern the sustainable management and use of forest resources. However, these national laws are often undermined by a lack of capacity to implement, enforce, or comply with these laws.1

Forest governance refers to the rules, processes and structures that decide how forests are managed and competing interests are resolved. It has been described as the key underlying driver for all changes to forest cover, forest quality and biodiversity.2

This process in the Greater Mekong Region has been increasingly influenced by factors that limit the capacity of national governments to effectively govern their forest resources. Small landholders, in particular have many barriers to active participation in decisions made about forest resources.

As a result, rural poor citizens dependent on forest resources have become increasingly vulnerable, while land use has become less based on stewardship of a particular area and more influenced by the flow of forest products across borders.3.

Over recent decades, the relationships between each stakeholder group have become more complex. It has become more difficult to negotiate participation in the timber trade in ways that protect the forest values held by local citizens.4

Weak governance results in an increase in the trade of illegal timber. This is problematic in many ways:

Corruption in particular has been linked to a reduction in the capacity of timber producing countries to sustainably manage their forests.12 The map above shows that this also applies in the Mekong region with the exception of the Lao PDR.

However, while official statistics from the FAO13 show an increase in forest cover, since the early 2000s in Laos, other organisations, such as Global Forest Watch, still report a decreasing trend in forest cover. They claim that the increasing forest cover statistics are due to the departure of small-holders from areas of shifting cultivation due to improved socio-economic conditions, as well as changes to government policies.14 Under the definition of forest in Laos, these areas were included in official forest statistics, masking serious issues with deforestation and degradation of primary forests.15

Local efforts to protect the cultural and spirtual values of a forest in the Laos PDR. By Alex Drainville. Source: Forests News (CIFOR). (CC BY-NC-SA 4.0)

To address issues such as corruption and the impacts of illegal deforestation and forest degradation, good governance mechanisms need to support the development of an enabling environment that encourages more sustainable and equitable forest management. A recent report by Voices for Mekong Forests suggests that this is based on three pillars being in place, including:

Customary laws in the Greater Mekong region that have long regulated the tenure of forests have become eroded over time. As national forest laws have prioritised economic development, there has been an increasing trend for voluntary, regional or international governance mechanisms to be used to advocate for more equitable outcomes from the way forests are managed.17. These are often intended to complement civil society responses to this problem such as the development of community forestry projects or community land titling.18

Two international initiatives aimed at improving forest governance that have been developed over the last 10 to 15 years. The first is the European Union’s Forestry Law Enforcement Governance, and Trade (FLEGT) Action Plan, established in 2003. The second is the United Nations Programme on Reducing Emissions from Deforestation and Forest Degradation (REDD+).

FLEGT is an EU-led strategy based primarily on bilateral Voluntary Partnership Agreements (VPAs) between timber consuming countries in Europe and tropical timber producing countries in developing countries. These agreements are intended to create conditions whereby the market value of legal timber is enhanced and disincentives are created to discourage the trade of illegal timber.19

REDD+ is a UN-led approach to support inter-nation climate agreements made through the United Nations Framework Convention on Climate Change (UNFCCC). It intended to reduce greenhouse gas emissions through a reduction in deforestation and forest degradation. Other benefits, such as alleviating poverty, which can also be a driver of climate change are expected. It provides financial incentives to developing countries to measurably reduce emissions with financial and technical support form developed countries. They are closely linked to SDG 13 and SDG 15.20