COVID-19 in the Mekong

The novel coronavirus has triggered a global response of extreme measures. The immediate changes are countable. As of April 15, 2020, over 2 million cases of the novel Coronavirus (COVID-19) have been counted globally, with over 100,000 confirmed deaths. Tech tools to track the movement of infected people are being deployed around the world, from Israel to Singapore, with some of the largest historically rival companies globally – Apple and Google – teaming up to develop a tracking system. At least 118 of the UN-recognized 195 countries have put into place travel bans or border restrictions. Social distancing measures limiting public gatherings are in place in at least 151 countries, with at least 74 countries accomplishing this by law, order, or regulation. Human movement has slowed to such a level that even the Earth’s crust is vibrating less. 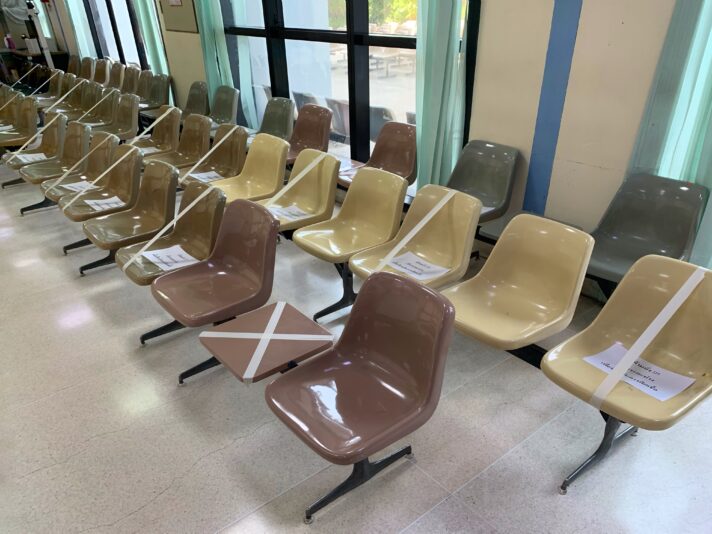 These responses are data-driven and appropriately informed by an epidemiological approach. Yet, this narrow focus on counting cases and individuals, exemplified by a drive for ever more novel data and tech solutions,1 misses the needs of people historically invisible to the count. The absence of data doesn’t mean the absence of problems. Nowhere is this more apparent than in the Lower Mekong countries of Cambodia, Lao PDR, Myanmar, Thailand and Vietnam (the LMC or Mekong for short). The populations of the Mekong that typically remain uncounted are also the most vulnerable – indigenous and ethnic minorities, refugees and internally displaced peoples, migrants, urban slum-dwellers, and people working in the informal sector. For them, COVID-19 and the current standard responses will simply magnify existing inequalities. One recent story, from Thailand, tells of a mass exodus of 60,000 migrant workers, with no money to stock up on food and no prospective work caused by the enforced closure of businesses and impending border closures, primarily from Lao PDR, Myanmar, and Cambodia.

These existing inequalities layer one on top of the other. For instance, ethnic minority peoples, reliant on subsistence livelihoods, also commonly live in geographically isolated border regions, meaning they are less able to reach or pay for healthcare services than mainstream national ethnicities. Poor governance combined with poverty in these isolated regions means that there is insufficient infrastructure for water, sanitation and hygiene facilities. The addition of lockdown measures limits the ability of these indigenous communities, reliant predominantly on natural resources to source food and medicines, to access agricultural lands and forest resources; border closures limit trade and aid, leading to food insecurity. Thus, social isolation measures and a border closure are not simply inconveniences for such a community; it’s a matter of life or death. 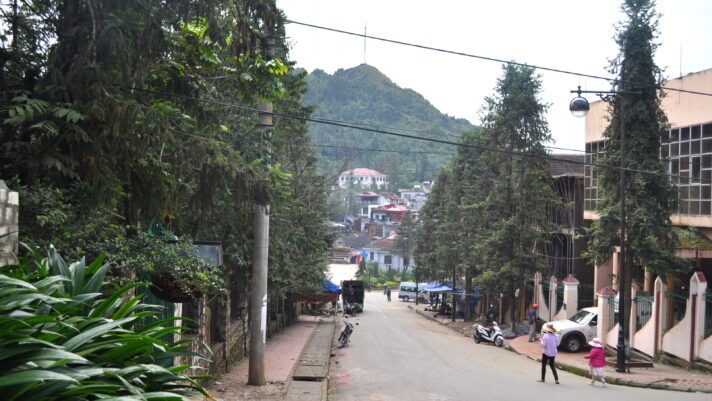 Many indigenous people and ethnic minorities live in rural areas and border towns, like in Sa Pa, Vietnam. Many are dependent on the informal economy here, such as cross-border vendors. Photo by David McKelvey via Flickr. Licensed under CC BY-NC-ND 2.0.

Increasing the use of technological solutions to collect more data might help to develop a better response to COVID-19 along the current narrow epidemiological focus. But is it effective? In the race to find solutions, this question hasn’t really been asked, despite technology being proposed as the cure-all. Yet, it is clear that in the LMCs, the basic requirements for the success of technological tools in combating COVID-19 have not been met. These include transparency of government action, citizen trust in government institutions, and widespread access to technological tools and infrastructure. The authoritarian nature of governance in the LMCs has eroded trust in state institutions, which are typically opaque in their operations. Furthermore, access to internet and digital tools is extremely uneven across the region. This reality is felt most strongly by the most vulnerable. Unless an effort is made to address these root governance, social, and infrastructure issues, tech solutions are likely to fall short in contributing to the COVID-19 response.

Worse, in the Mekong region, the standard response could lead to a proliferation of human rights abuses. COVID-19 enters a context that already institutionalizes the marginalization of minority peoples, ranging from a denial of land and territory to a forced removal of statehood to systematic institutionalized genocide. Responses to the virus have, are, and will significantly infringe on the human and digital rights of the most vulnerable populations in the region while causing irreparable damage to development objectives. Responding to a virus should not come above human rights. 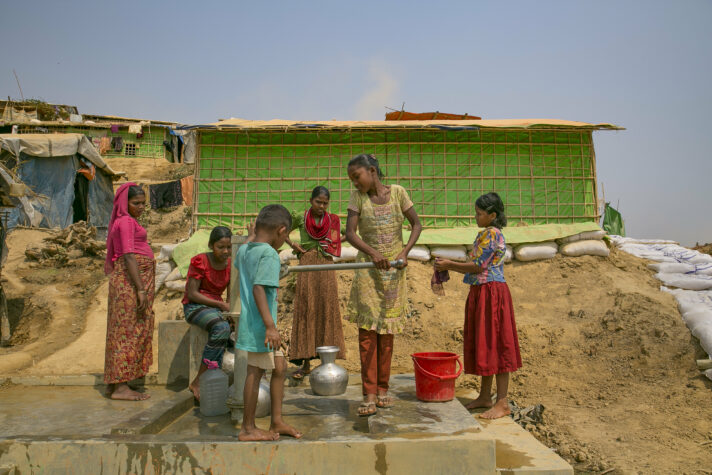 Water, sanitation and health infrastructure is notoriously limited in overcrowded refugee camps, like for these Rohingya women living in Cox’s Bazar, Bangladesh. The impacts of Coronavirus will devastate these vulnerable populations. Photo by UN Women/Allison Joyce via Flickr. Licensed under CC BY-NC-CD 2.0.

Over the next few weeks, we will be using a rights-based development perspective to take an intersectional look at COVID-19 impacts in the Lower Mekong countries. We will also consider whether civic tech might produce more responsible solutions, and how open data platforms (like those of ODI) can responsibly represent marginalized populations. Read our blog series here.