Each of the governments of the Lower Mekong countries are unique, but they are linked by the Mekong River. Cross-border development impacting the flow of the river has caused tension in the region, with the various major geopolitical powerhouses in the region, especially China and the United States, making their presence known vis-a-vis relationships with each of the Lower Mekong countries. The Mekong countries have also been shaped by unique histories of colonialism led by Britain and France. Modern wars in the region from 1940-1990 – namely World War II, wars between Vietnam, Laos and Cambodia, as well as ongoing civil war in Myanmar – have also impacted current politics and governance in the region. 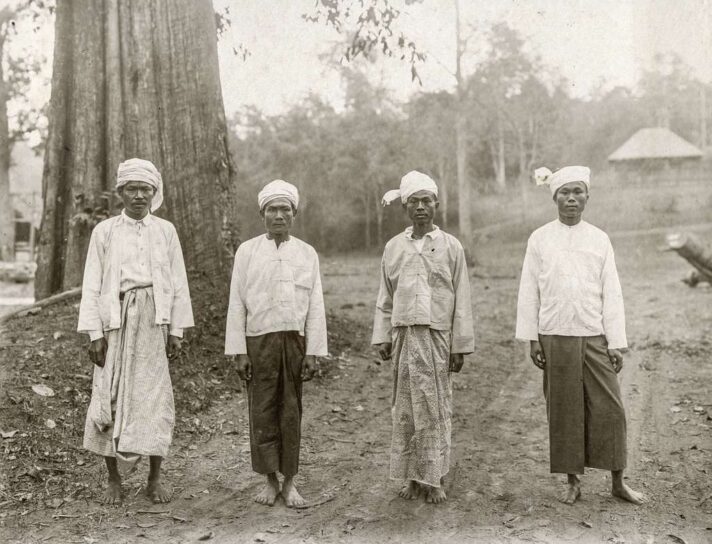 All five Lower Mekong countries have written constitutions, and two of the countries are one-party states – Lao PDR and Vietnam. Lao PDR describes itself as a democratic republic1 while Vietnam declares itself a socialist republic2. Although a one-party state, Lao PDR hosts elections.3 Vietnam’s head of state is elected by the National Assembly, which is also elected, while other roles are appointed.4

The other three countries are nominally multi-party states. Cambodia and Thailand are constitutional monarchies, and Myanmar is a republic organized as a federal union of constituent jurisdictions that are to some extent autonomous.5 However, while Cambodia has multiple parties and hosts regular elections6, Prime Minister Hun Sen has been in the position since 1985, and he is one of the longest serving political leaders in the world7. Thailand’s current 2019 elected government came into power with new electoral rules under the 2017 constitution, which was drafted by what was then a military junta and signed by the king in April 20178. In addition, Myanmar had widely been seen as moving towards democracy since its opening in 2012. However, in 2021, the Myanmar military overthrew the elected government and continues to be in power today, although the Senior General has promised an election when the state of emergency is finished, potentially in 2023.9

Each state has a parliament (or legislature) comprised of one or two chambers.

The image below illustrates the size and number of each legislative house across the region.

Four of the five Mekong countries – Cambodia, Lao PDR, Thailand and Vietnam – are unitary states, meaning that power remains centralized in the national government. However, some powers have been delegated to local governments, to varying degrees, and elections of local leaders are part of the systems. Myanmar is organized as a federal state, which means that it is made up of a union of partially self-governing administrative areas.15

Decentralization – or the transfer of power from national to local governments – is considered by the international community as an essential element of “democratization, good governance and citizen engagement”.16 It is seen as a way to ensure that all citizens have a say in decision-making processes that impact them.

Governments in the Mekong region hold elections, develop budgets for government spending, create revenue through taxation, provide public services services, and engage in procurement for services. These activities are ways that the government exercises its authority. Proponents of “open government” prioritize access to information, civic participation and public accountability, especially in these areas of state activity.17

Further, the international community’s focus on “governance” as a key thematic area encompassed by rule of law considers these activities a part of building strong governmental institutions.18 Overall, it is understood that understanding these aspects of government function gives observers and citizens a clearer sense of what the government is doing, and whether the government is acting for the benefit of its citizens or not.

The table above shows the 2021 rankings of Mekong countries (out of 180 countries) under Transparency International’s Corruption Perception Index (CPI).19 The CPI scores and ranks countries based on their perceived level of corruption. In determining those perceptions, they rely on assessments of “independent institutions specializing in governance and business climate analysis” collected over the 24 months preceding the report. The chart below shows the raw scores for each country from 2012 to 2021.

All of the Mekong countries participate in the regional and international community, and are members of ASEAN as well as the UN. Cambodia, Lao PDR, Thailand and Vietnam are partners in the Mekong River Commission, an intergovernmental organization for regional dialogue and cooperation in the Lower Mekong River Basin, focused on water diplomacy. Upstream countries China and Myanmar are considered “Dialogue Partners”.21 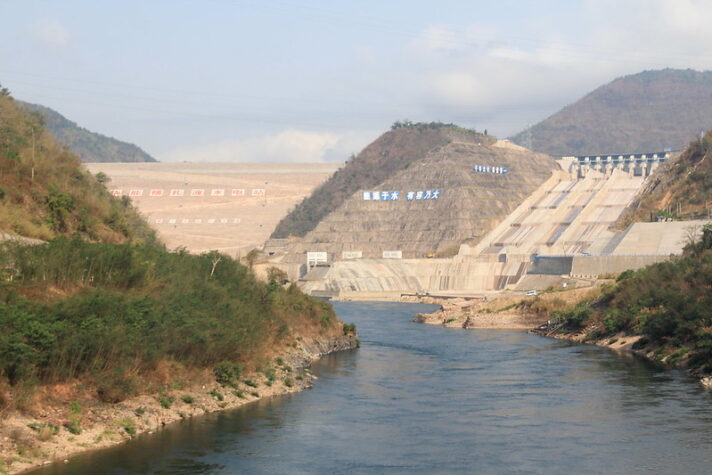 The biggest dam on the Mekong River, also known as the Lancang River in China, is a Chinese dam. Photo by International Rivers via Flickr. Licensed under CC BY-NC 2.0.

At present, the Mekong region governments are engaged in bilateral cooperation primarily with China and the United States. This includes the Lancang-Mekong Cooperation between China and the region, as well as the 2020 Mekong U.S. Partnership (building on the Lower Mekong Initiative). The countries see varying amounts of financial investment from China and the US, and Japan and South Korea also have a financial presence in the countries.