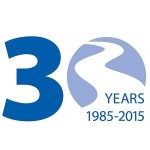 Thursday, June 18, 2015
For Immediate Release Bangkok, Thailand: The Mekong River Commission’s (MRC) Joint Committee, made up of representatives from all four lower Mekong governments, will begin its annual consultation meeting Monday, June 22, in Vientiane, Laos. The most pressing topic for discussion should be the Don Sahong Dam– the second dam proposed for construction on the Lower Mekong mainstream. However since the last meeting of the Joint Committee in January, where it was decided that further deliberations over the project would be deferred to a ministerial level, the MRC has remained silent leaving many unanswered questions about the future of the project. Despite there being no resolution to the MRC’s Prior Consultation process, construction at the dam site continues and contract negotiations for the project appear to be ongoing. “It is critical that the MRC break their silence regarding next steps for the regional decision-making process over the Don Sahong Dam,” said Pianporn Deetes, Thailand Campaign Coordinator for International Rivers. “The MRC has a responsibility to ensure that the concerns of Cambodia, Thailand and Vietnam are not swept under the rug.” At a special meeting of the MRC’s Joint Committee held in January, the Governments of Cambodia, Thailand and Vietnam expressed concern about the significant knowledge gaps which remain in understanding the full impacts of the Don Sahong Dam. In their reply forms, submitted as part of the Prior Consultation process, the three governments requested an extension to the process to allow for further studies to better inform a comprehensive assessment of the project and verify the validity of its proposed mitigation measures. As all four governments could not reach agreement during this meeting on how to proceed, the decision was deferred to ministerial level deliberations and the Joint Committee agreed to seek further guidance from the MRC Council. However since this decision, the MRC Council has not held a special meeting, nor has there been any indication that studies requested by Cambodia, Thailand and Vietnam are being carried out. “Laos appears intent on taking advantage of the lack of action by the MRC and has used the silence surrounding the Don Sahong Dam to push ahead with the project, defying the requests from neighboring countries and ignoring their responsibilities under the 1995 Mekong Agreement,” said Ame Trandem, Southeast Asia Program Director for International Rivers. “Preparations for the Don Sahong Dam have progressed at a rapid pace despite insufficient studies, a lack of meaningful consultation and no regional agreement.” The National Assembly of Laos re-opened for sessions on June 7th and approval of the Don Sahong Dam’s Concession Agreement is expected to have been on the agenda for discussion. In addition, Malaysian project developer MegaFirst Corporation Berhad has been in ongoing negotiations with China’s Sinohydro International Corporation over the contracts for construction. “While the MRC’s Prior Consultation process remains unresolved, there should be no construction towards the Don Sahong Dam, nor contract negotiations,” continued Ms. Trandem. “The Lao government must immediately halt all construction towards the Don Sahong Dam and remove all equipment from the site. The MRC must address the ongoing regional disagreement surrounding the project, and respond to the concerns over the project which have been expressed not only by neighboring governments, but also Mekong people. As a next step, the MRC and its member countries should call for an emergency Council Meeting to discuss the Don Sahong Dam.”
Media contacts:
See the original press release at International Rivers’ website.
Share
Tweet
Share
0 Shares
Contact us