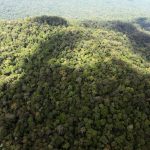 The inclusion of the UN’s Reducing Emissions from Deforestation and forest Degradation program, known as REDD+, as a standalone article in the Paris Climate Agreement was widely hailed as an encouraging political signal that protecting forests and other valuable carbon sinks would henceforth be a key strategy for combating global warming. For REDD+ to truly work, however, countries and companies would need to supply adequate financing to the program, which was a major issue left unanswered by negotiators in Paris. After more than a decade of REDD initiatives, large-scale financing hadn’t yet materialized. But there are signs that could be starting to change. Last year, governments and companies around the world committed a record $888 million in new funding to projects aimed at keeping forests and other carbon-absorbing landscapes intact, according to a new report released by Forest Trends’ Ecosystem Marketplace initiative. Those funds will remove the equivalent of 87.9 million metric tons of CO2 from the atmosphere, roughly equal to the annual emissions of Chile, the Washington, D.C.-based NGO said in a statement accompanying the release of the report.