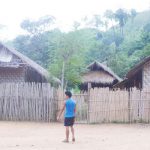 As the first wave of Myanmar refugees is repatriated from Thai border camps this week, returning to a home some have not seen for decades, others in the camps fear they will soon have no choice but to follow suit. Since the National League for Democracy took office six months ago, life for Myanmar refugees in Thailand has become no less precarious. Donor support has plummeted, and the pressure to return to states still lacking infrastructure, dotted with landmines and in some cases still entrenched in armed conflict, has swiftly increased. At the Ban Mai Nai Soi camp, 30 kilometres from Mae Hong Son, Thailand, most of the refugees hail from eastern Kayah State, a land devastated by years of civil war between the Tatmadaw and the Karenni Army, the military branch of the Karenni National Progressive Party. People started to flee Kayah State in 1992. The Ban Mai Nai Soi camp opened officially in 1996. It now shelters more than 14,000 people.