The legal frameworks and judiciaries of the Lower Mekong have been shaped by various historical influences in the region: internal and external conflicts, revolutions, and colonialism. Built around constitutions of varying age, the five countries have a similar structure of national through to local courts, and laws. 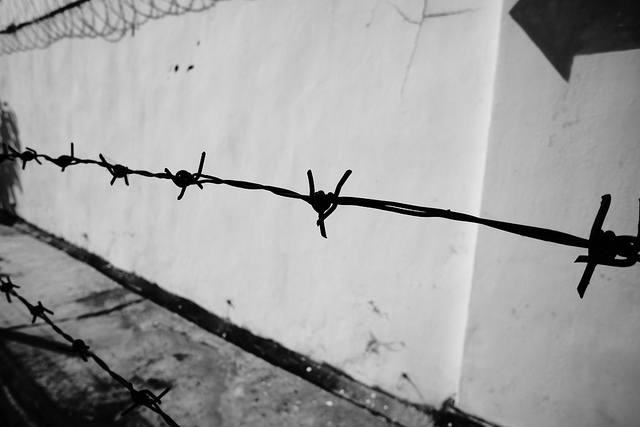 Along with political authority, each of the Lower Mekong states derives its legal authority from a national constitution. Several of the region’s constitutions were adopted or modified in recent years, reflecting fundamental changes in institutional structure, or in their systems of government. Thailand has had 19 constitutions since 1932, with the 20th being signed into force by the king in April 2017.

How laws are adopted

For each of the Lower Mekong states, the process of introducing, debating and passing laws follows three broad steps.

Each of the five Lower Mekong countries have a similar hierarchical structure of legal forms, with a constitution as the supreme law, down to a limited administrative directive. Regional and local laws are then enacted at provincial and (in some cases) village levels for their jurisdictions. In 2007 Cambodia’s Constitutional Council stated that international treaties and conventions—once ratified—have the force of domestic law and may be the basis for judicial decisions.6 Generally, international treaties sit between a state’s constitution and laws in the legal hierarchy, but implementing legislation is generally deemed necessary to make the provisions of such agreements effective and enforceable.

Note that the hierarchy of laws in the table above applies vertically down the list of laws within a country, and no correlation should be drawn for different countries' entries within the national or local laws.

How is the judiciary appointed?

The constitutions of all Lower Mekong countries call for judiciaries to be independent and impartial.8 In Laos, all judicial appointments (except the President of the People’s Supreme Court) are made on the recommendation of the President of the People’s Supreme Court. One notable exception is that Thailand’s interim constitution places the Constitutional Court subject to the Leader of the ruling National Council for Peace and Order.9

The heads of state of all countries are involved in appointing the chief justice of the country, and some are involved in the appointment of all judges. Generally speaking, these nominations must be approved by the national assembly.

Justice systems are relied on to adjudicate criminal charges and resolve disputes. With this in mind, essential judicial characteristics include integrity, independence (not being subject to external influences) and efficiency, reaching a decision in a reasonable time, without undue cost to the parties. Judicial systems are also key components of a state’s rule of law. Using a set of indicators from international index-based reports provides some opportunity to examine, and compare, the strength of the judicial systems of the five Lower Mekong states. However data on Laos were not available through two of the three reports we use here.

The four remaining Lower Mekong countries received scores ranking them in the bottom 50 percent for adherence to the rule of law, in the World Justice Project’s 2017-18 Rule of Law Index.10 Cambodia’s ranking was notably low, at second-to-last out of 113 countries and in the bottom tercile for all 8 components of the index.11 The Mekong states continue to rank in the bottom five countries for the Asia Pacific region, as shown in the chart below.

Transparency International’s Global Corruption Barometer 2017 (Asia/Pacific region) asked when and where people paid bribes.12 In Vietnam, over 60 percent of people who had used the police in the previous 12 months had paid a bribe; for Myanmar and Thailand, it was 46–60 percent; for Cambodia, 6–15 percent. For people who had used the courts system in the previous 12 months, in Myanmar 31–45 percent had paid a bribe; for Vietnam, 6–15 percent.13

While the Doing Business Report is not about judicial institutions, it is about business activities and the regulatory and practical burdens placed on them by government. One activity is the enforcement of a claim under a contract. The efficiency of a state’s courts in resolving the case is measured in two ways:

As can be seen in the case of Cambodia’s data shown in the chart below, it is possible for the cost to exceed the value of the claim.15

While all countries now have the equivalent of a bar association that registers and oversees the practice of the legal profession in their country, some are not independent and accordingly exercise less oversight or control of the profession. In Cambodia and Laos, the bar associations administer, regulate and monitor conduct of lawyers.16 17 The Independent Lawyers’ Association of Myanmar, launched in 2016, is the first stage of establishing an independent bar association in the country.18 In Thailand, the Lawyers Council oversees the profession and is separate from the Thai Bar Association, which oversees legal education standards and legal aid.19 While Lawyers in Vietnam answer to their local bar associations, these are affiliated with the national Vietnam Lawyers’ Association, which is part of the Communist Party’s Vietnam Fatherland Front.20

There are 286 prisons in the Lower Mekong, housing more than 500,000 inmates. Prisons in Cambodia, Myanmar and Thailand—the only lower Mekong countries with statistics available on official prison capacity—all suffer from overcrowding. While Thailand had more than 100,000 prisoners over its official capacity in 2016, both Cambodia’s and Myanmar’s prison numbers were at more than double their capacities.

Cambodia had by far the highest percentage of pre-trial and remand detainees in the Lower Mekong, at 69.1 percent of their prison population in 2016. Myanmar (10.8 percent), Vietnam (17.5 percent) and Thailand (18.1 percent) all had similar levels of pre-trial/remand detainees, while data for Laos were only available from 2004, at 1 percent.21

All Lower Mekong countries support the concept of legal aid for their citizens, and all have legal aid resources operating through government and/or donor funds.22 Myanmar adopted a law in 2016 creating an institutional, conceptual and legal framework for the provision of legal aid services. By September 2018 there were 6 legal aid centers operating in Myanmar, funded by the European Union in partnership with International Bridges to Justice.23

Constitution of the Kingdom of Cambodia

Constitution of the Republic of the Union of Myanmar

Constitution of the Kingdom of Thailand

Constitution of the Socialist Republic of Vietnam