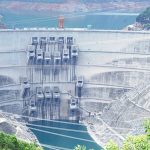 One of the main issues facing nations in the Mekong River Commission, including Vietnam, Thailand, Cambodia and Laos, is that China has refused to share information about the operations of its hydropower dams. As a result, the MRC countries are cautious about using their limited water resources, particularly during the dry season, according to Tu. China’s hydropower dams on the Upper Mekong River are preventing flood waters from reaching Vietnam’s Lower Mekong Delta, Dao Trong Tu, former vice general secretary of the Vietnam National Mekong Committee, told VnExpress. “Flood water has failed to arrive in the Mekong Delta in recent years, which is a very dangerous issue,” Tu said. About 22 million people, or 24 percent of Vietnam’s population, live in the Mekong Delta. The delta supplies a large amount of rice, fruit and fish to the country, but negative effects from the El Nino phenomenon and upstream dams have brought about its worst drought and saltwater intrusion in nearly 100 years.