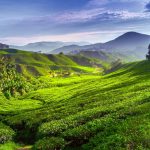 International land deals, often for giant agriculture projects, now cover an area the size of Germany and a growing share are getting up and running, fuelling fears that local residents will be displaced, the anti-poverty group Oxfam said on September 26. More than 1,500 large-scale land deals have been signed in the last 16 years, Oxfam said, with many covering areas populated by communities who don’t have formal title deeds to the territory. “We are entering a new and even more dangerous stage of the global land rush,” Winnie Byanyima, Oxfam International’s executive director, said in a statement. “Land contracts are being signed and projects are breaking ground without the full consent of communities living there. Conditions are ripe for increasing conflict.” Most large-scale land deals happen in Africa or South East Asia, but investments are also taking place in Eastern Europe, the United States, Latin America and other regions.