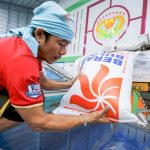 Thailand’s customs-cleared exports unexpectedly dropped in October after two months of gains, adding to pressure on the struggling, trade-reliant economy in the face of tepid global demand. Exports, worth about two-thirds of the Thai economy, have contracted the past three years, placing a big drag on the military government’s attempts to revive Southeast Asia’s second-largest economy. Domestic consumption also remains sluggish, despite the junta’s efforts to boost demand since it seized power in May 2014 to end months of political turmoil. Exports fell 4.2 percent from a year earlier, Commerce Ministry data showed on November 28, compared with the median forecast for a rise of 2.15 percent in a Reuters’ poll and a 3.4 percent increase in September. “This suggests a fragile recovery in exports and it’s difficult to see positive exports this year,” said Sarun Sunansathaporn, an economist at the Bank of Ayudhaya. “But exports should improve next year as commodity prices stabilize and export quantity increases,” he said. “Higher imports will also benefit future exports.”