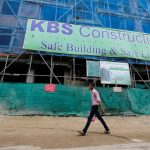 The World Bank has predicted strong economic growth in Myanmar through the 2016-17 fiscal year, ending in March. In its growth outlook for “developing East Asia and Pacific” for 2016-18, released on October 5, the World Bank projects growth in Myanmar to hit 7.8 percent for the fiscal year, with inflation easing to 8.5 percent [against 12.4 percent as cited by the Central Bank in August]. However, this positive outlook has been met with skepticism by business leaders in Yangon, who have cited the impact of flooding in recent months, lower than expected foreign investment under the new government since April, the current rapid depreciation of the Myanmarese kyat, stubbornly high inflation and weak global demand.“The outlook for developing East Asia and Pacific remains positive, with weakness in global growth and external demand offset by robust domestic consumption and investment,” said Victoria Kwakwa, World Bank Vice President for East Asia and Pacific.