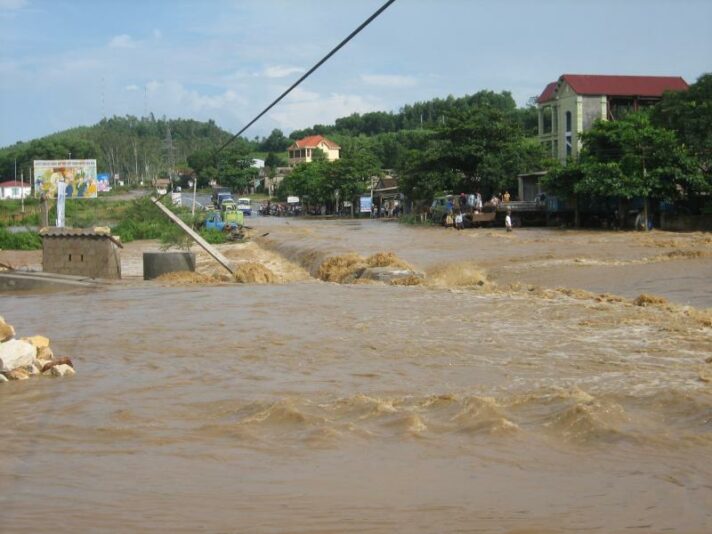 Disasters can have huge human, social, and economic costs. However, many disaster-vulnerable countries, like the LMCs, have limited resources to invest in emergency preparedness and building resilience, and may also have limited capacity to implement necessary measures.3 Thus, when disasters happen, they can have outsized impacts.

Careful monitoring, risk identification and early warning systems are crucial to reducing costs. Because most disasters can impact multiple countries at once, sharing accurate data in a timely manner and coordinating assistance regionally is necessary. The AHA Centre, associated with ASEAN, offers a platform and tools for this, as does SERVIR Mekong.

While disasters are often categorized as natural versus man-made, it is becoming increasingly clear that a cause of extreme weather events is climate change linked to human activity. The Mekong region has been identified as high risk for climate change, and it is important to remember that climate change is expected to exacerbate other risks, including vulnerability to disasters.

Drought is generally defined as a period with less than average rainfall. However, a variety of more specific definitions exist, dependent on factors related to weather, water, and agriculture. Because there is no standard definition,4 regional monitoring can be complicated.

Although seasonal dryness is normal in the Mekong Region, recently this dryness has increased in length and severity, turning into drought. Drought has a greater impact on the downstream Mekong countries, Vietnam and Cambodia.5 The 2015-17 drought, attributed to El Niño, particularly impacted these countries’ livelihoods, agriculture, economy, and access to water.6 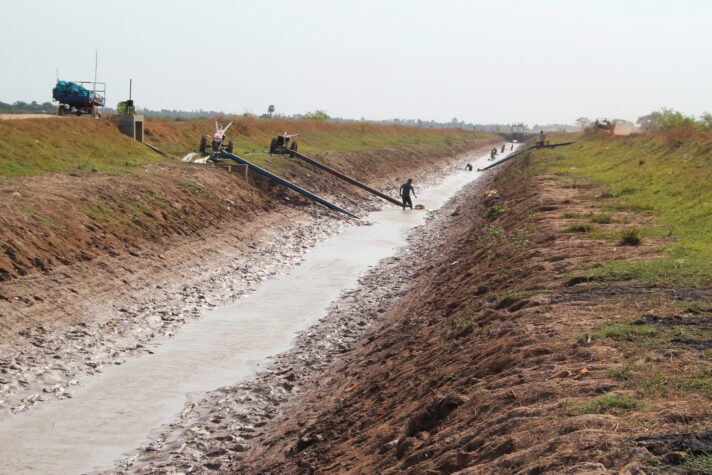 Dry season is a normal occurrence in the LMCs, including Cambodia. Photo by Chris Graham/AusAID via Wikimedia. Licensed under CC BY 2.0. Accessed March 31, 2020.

Storms are a short-lived extreme weather condition, and in the LMCs include tropical storms such as cyclones and typhoons. Of the LMCs, Vietnam is particularly prone to typhoons, with its long South China Sea coastline. Whether a storm is termed a cyclone or a typhoon is dependent on its origin.9 They can be monitored using satellites and hydrometeorological data. Numerical Weather Prediction models can be used as well, but these are expensive and many countries do not have the capacity to use these.10

Storms are likely to impact a few of the LMCs at once. For instance, 2019’s Cyclone Podul impacted Thailand11, Lao PDR12, and Vietnam13. In addition, a few storms may happen in a row, extending the impacts of earlier storms. For instance, prior to Cyclone Podul, Vietnam experienced another significant storm, Typhoon Wipha.14

A flood is an overflow of water from a waterway into normally dry land in a floodplain (riverine flooding), higher than normal levels of water on the coast, lakes, and reservoirs (coastal flooding); and collection of water into ponds where rain falls (flash flooding).15 Floods usually occur due to heavy rainfall, which in the LMCs is caused by regular monsoon weather, or tropical storms. Although seasonal flooding is normal for the Lower Mekong Basin, these events are becoming exaggerated due to human actions, such as deforestation, and dam building. The Mekong River Commission has hydrometeorological monitoring stations monitoring water levels along the Mekong, making up part of the Regional Flood and Drought Management Centre. 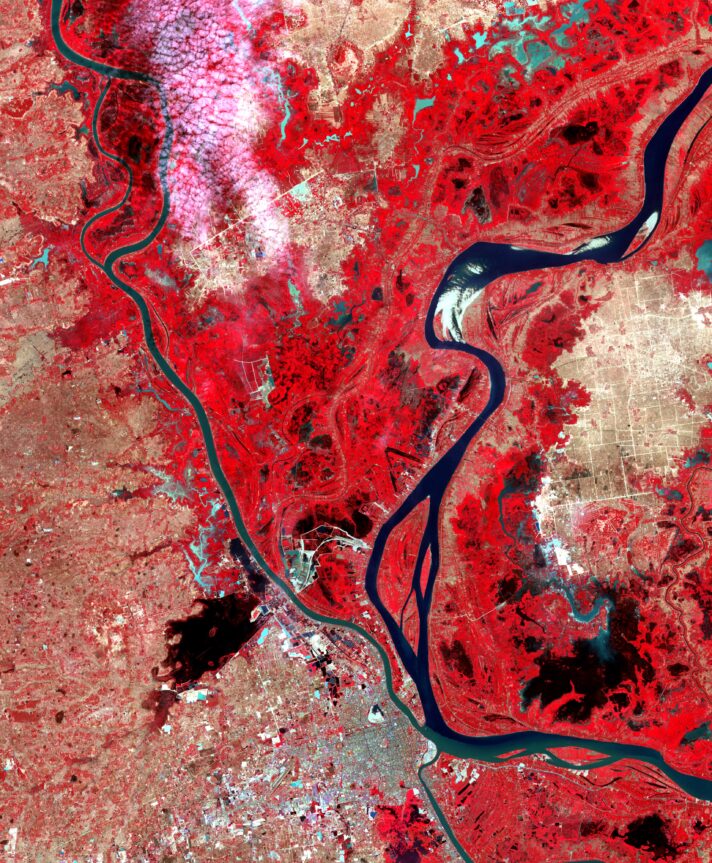 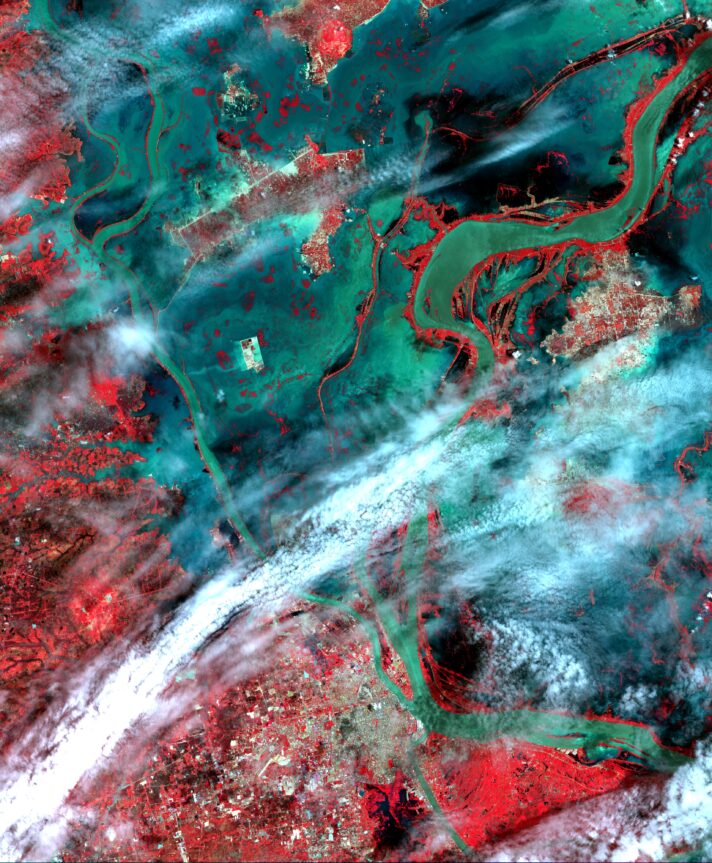 Natural seasonal variation, limited resiliency, and human actions can create significant negative cumulative effects. After heavy rains in Laos in 2018, a dam wall in Laos collapsed, leading to flash floods impacting over 600,000 people across the region and killing over 70 people.16 While the Laos government initially blamed heavy monsoon rains for the dam breach, others have attributed it to poor dam management, as the dam collapse was considered to be preventable.17 No early warning system was in place, and local communities experiencing the flooding were provided little to no information.18 The dam breach also caused floods in Cambodia, having a transborder impact.19

Floods potentially cause loss of life, damage to property, loss of agricultural crops and livestock, and increase the incidence of disease. One measure of the cost of such damage is economic loss. For instance, flooding in 2011 inundated large areas of Thailand, Cambodia, and southern Vietnam, costing Thailand alone an estimated $46 billion20, making it the one of the costliest natural disasters in history.21 The Mekong River Commission collects flood loss data from each of the Lower Mekong Countries. This data indicates that the cost of floods in the region was an average of US$60–70 million per year from the years of 2010-2014, primarily concentrated in Vietnam and Cambodia.22 However, this data suffers from a number of shortfalls, including that more timely information has not been collected (except for Vietnam which has data up to 2017), and data is missing for some years for some countries.23

A wildfire is any uncontrolled and unprescribed fire that may happen due to human activity or weather events. Wildfires are most commonly caused by human activity, primarily agricultural activity.24 For instance, the 2019 fires in Chiang Mai, Thailand were considered to be caused, at least in part, by farmers burning for agricultural purposes.25 Monitoring can be conducted via satellite. ASEAN conducts this monitoring using NOAA data. 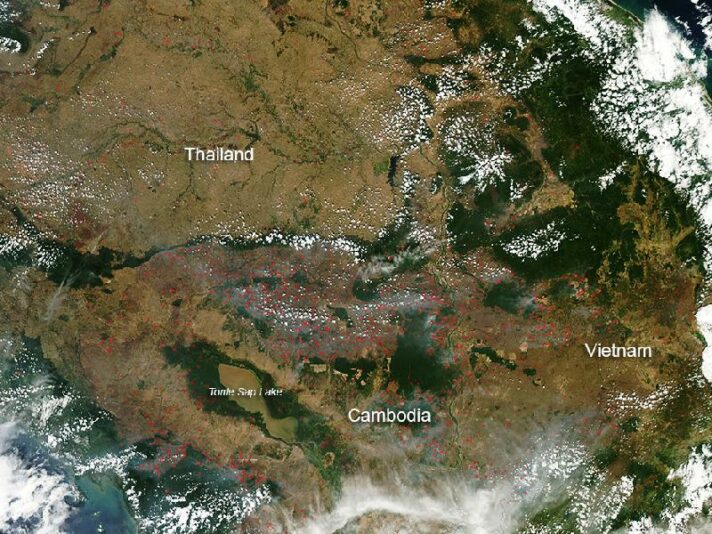 Fires in Thailand, Cambodia and Vietnam shown using satellite photos in 2013. Photo by satellite via NASA. Access and use constraints here. Accessed March 31, 2020.

In the LMCs, forest fires are common during the dry period.26 They are usually part of traditional swidden or “slash and burn” agriculture.27 Although such fires are detected in all of the LMCs, satellite data suggest that the most dry season fires occur in Cambodia.28 However, their impact is expected to increase in strength due to climate change, as temperatures rise and dry seasons intensify. 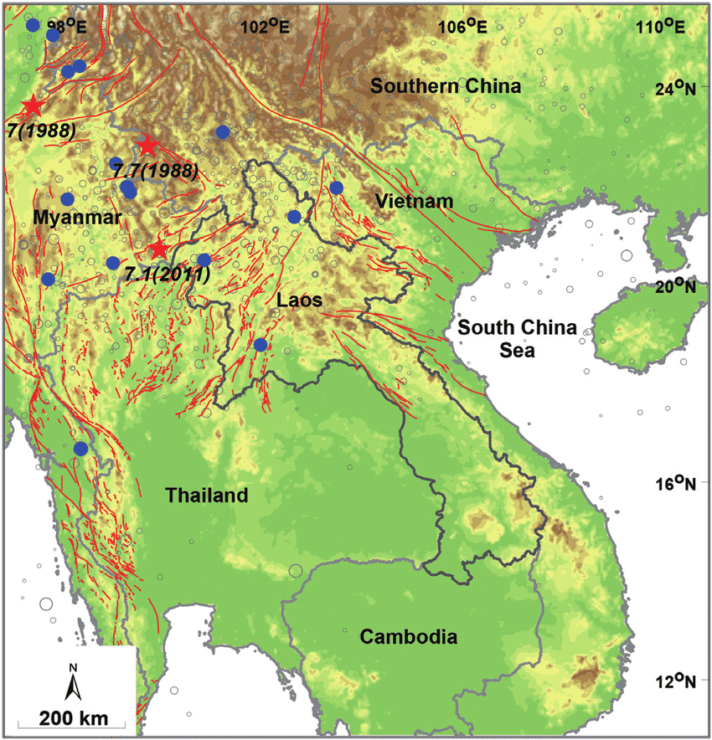 This map of mainland Southeast Asia shows the fault lines in the region. Map by Santi Pailoplee and Punya Charusiri via Researchgate. Licensed under CC BY 4.0. Accessed March 31, 2020.

The most recent earthquakes that caused significant damage are the 2011 Tachilek and 2012 Shwebo earthquakes in Myanmar, both at 6.8 magnitude, leaving hundreds dead and many more injured.29 In addition, Chiang Rai, Thailand experienced a 6.0 magnitude earthquake in 2014 which damaged houses and property.30 Other less significant earthquakes occur regularly. The ASEAN Earthquake Information Centre collects seismographic and other earthquake data from the countries in the region.

Tsunamis and landslides are caused by earthquakes.31 Tsunamis are waves that are created by a displacement of a large amount of water. Not all tsunamis have an impact, but those that do are extremely steep and high when it reaches a coastline.32 One such tsunami, the 2004 Indian Ocean tsunami, was the result of a major earthquake with its epicenter in Indonesia. This disaster killed 228,000 people in nine countries, and resulted in damage of more than US$2.2 billion in Thailand alone.33 Myanmar was the only other LMC to be impacted. Tsunamis are detected through ocean wave monitoring, and one such system is active in the Indian Ocean.

An epidemic is defined as a higher than usual occurrence in a community or region of an illness.34 In comparison, a pandemic is an epidemic that occurs worldwide.35 However, there is no clear criteria for what constitutes a pandemic. Recently, the WHO declared the outbreak of Coronavirus-19, a pandemic, in part due to what it has called “alarming levels of inaction”.36 The WHO has indicated that it no longer uses an old definition of “6 phases”, of which one phase was “pandemic”.37

The Lower Mekong, along with the rest of ASEAN, is vulnerable to epidemics. Since 2000, the region has contained outbreaks of SARS and avian flu. The present concern is with COVID-19.38 Although ASEAN members have indicated that they will cooperate on a regional response to the disease, individual countries are engaging in their own protective measures.39

Disasters and the SDGs

The 2030 Agenda for Sustainable Development recognizes that disaster risk reduction (DRR) is a crucial aspect of the development agenda, with 25 targets related to DRR in 10 of the 17 goals.40 By UNESCAP’s count, DRR is relevant to 13 of the goals.41 The 2030 Agenda is intended to work in conjunction with the Sendai Framework 2015-2030, which is made up of seven global targets to reduce the risk of disasters.

UNESCAP has initiated a number of Asia-Pacific regional efforts with respect to DRR, including the development of the Asia-Pacific Disaster Resilience Network and the Regional Cooperative Mechanism for Drought Monitoring and Early Warning.