The current state of infrastructure in the Lower Mekong

In the last two decades, the LMCs—particularly Vietnam, Cambodia and Laos—have seen dramatic improvements to, and expansion of, their infrastructure, with the ADB reporting US$11 billion spent on priority infrastructure projects since 1992.2

The LMCs are varied in the extensiveness and efficiency of their infrastructure. The World Economic Forum ranks Thailand highest in the LMCs for overall infrastructure, at 43 out of 137 countries. Vietnam is 79th, Laos 102nd and Cambodia 106th (there is no data on Myanmar).3 In comparison, Singapore ranks not only highest in the ASEAN countries but near the top globally, at 2nd of 137 countries.4

The ADB estimates that US$29.9 billion will be required to meet the LMC’s total infrastructure needs from 2010 to 2020. 5 As such, a variety of financing models are being explored. These range from privately financed Build-Own-Transfer models to the currently more popular Public-Private-Partnerships, to concessional financing in the form of Official Development Aid from bilateral donors such as JICA and multilateral donors such as the ADB, and grants from a unique model of financing being used by China.

Projects that improve, expand or create infrastructure benefit both the public and private sectors. As such, they may be financed and coordinated by the state, commercial entities, and external entities.

Information on when these and other projects funded by multilateral development banks can be found here. 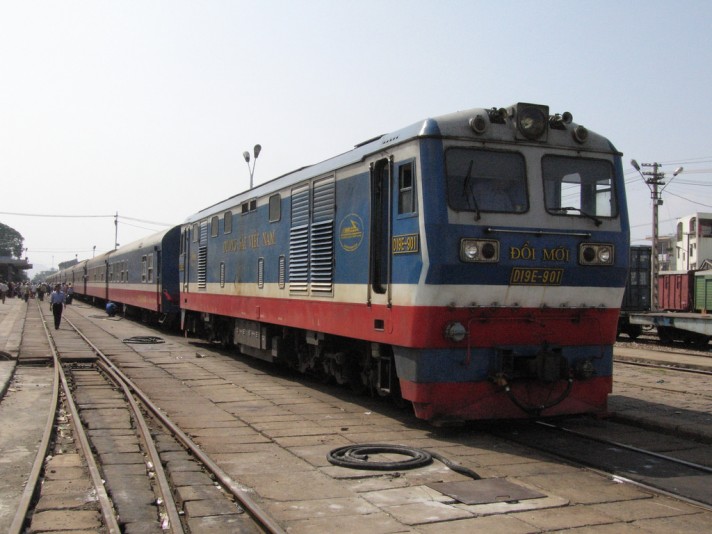 Country-to-country financing is significant in the LMCs as well. Japan has been the largest donor of ODA to Cambodia, Laos, Thailand and Vietnam, and the second-largest in Myanmar.8 Newer in the region is China, which has provided significant aid and investment in Cambodia, Laos and Myanmar. Much of this investment is supported by finance from the China Development Bank and Export-Import Bank of China.9 Transparency is an issue with Chinese projects, but a dataset of Chinese financial aid projects can be found here.

Infrastructure development in the Lower Mekong Countries has required regional cooperation and planning. The ADB has played a major role in this respect, with the Greater Mekong Subregion Economic Cooperation Program. Following a 10-year strategic framework (to 2022), the plan includes significant upgrades to regional infrastructure, focusing on increased competitiveness, improved cooperation, and enhanced community across the region. A Regional Investment Framework identifies priority investment and technical assistance projects. 10 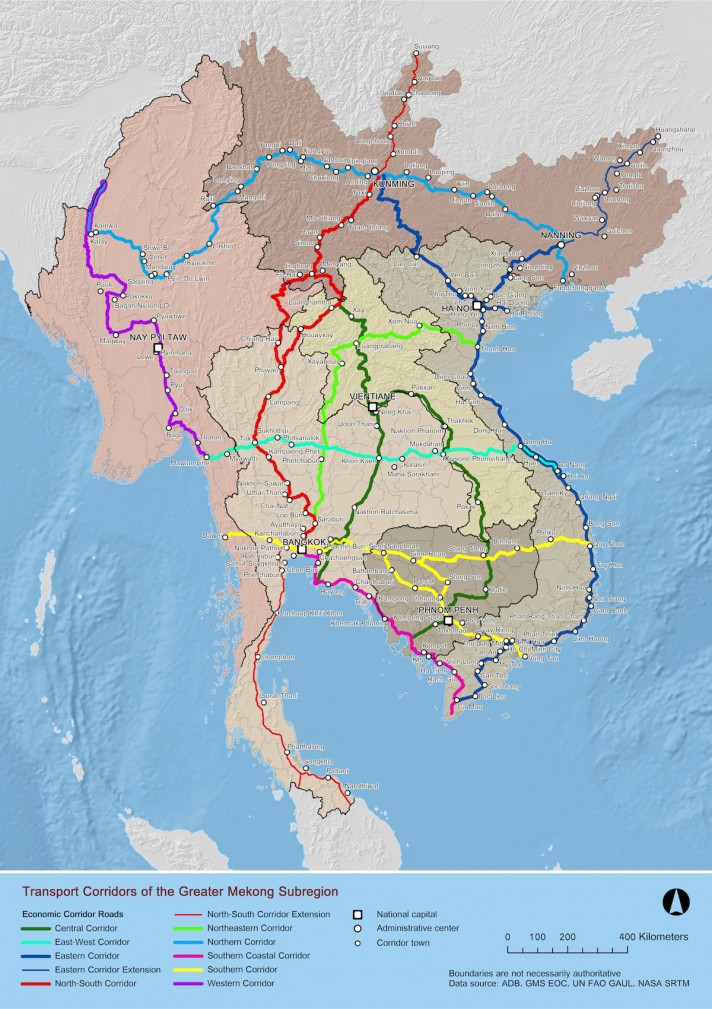 ASEAN has played a role as well. The Master Plan for ASEAN Connectivity (MPAC), adopted in 2010, integrated this approach within a broader ASEAN-wide plan with a strong focus on infrastructure development. By the end of 2015, however, only an estimated 65% of the original plan had been achieved. In September 2016, ASEAN leaders adopted the Master Plan on ASEAN Connectivity 2025 (MPAC 2025). Unfinished initiatives from MPAC 2010 were evaluated and incorporated in the MPAC 2025. The new plan focuses on five key areas: sustainable infrastructure, digital innovation, seamless logistics, regulatory excellence and people mobility.12

China is another major player in the LMCs, with significant interests in ensuring connectivity along the Mekong River, the upper reaches of which are known as the Lancang in Southern China. China’s Belt-Road Initiative, which has global scope, also has local significance. Intended to promote connectivity to the Chinese economy, it focuses on the construction of transportation and energy infrastructure. Thus, it could also significantly impact the LMCs politically.

Infrastructure projects can have potentially significant social and environmental impacts. Thus, these projects are usually strongly regulated. At each stage of the project lifecycle, a regulatory body may have different requirements, such as Environment Impact Assessment. In addition, different financing models may mean that at each stage of the project lifecycle, different actors become important. For example, a project built using a Build-Operate-Transfer model may have each of the owner, financier, operator, and host be from different countries. This might be different from the actors in a Public-Private Partnership. Further, certain types of projects, such as hydropower dams, may have cross-boundary effects. Thus, while projects are nationally regulated, cross-boundary cooperation is required, and the laws of multiple countries may become relevant.

Gender impacts and other challenges in infrastructure development

Infrastructure development disproportionately impacts women. For example, while transport corridors are positioned as opening up trade between regions, women are less likely to be able to access markets to take advantage of the increased connectivity. On the other hand, development of water, sanitation and hygiene infrastructure primarily helps women, who are the main collectors of water and usually have primary responsibility of caring for the health and cleanliness of their family and home.

While infrastructure development is considered a key way to increase trade, investment, and tourism, it is also at odds with efforts to combat climate change and effectively manage environmental resources. Road development has enabled illegal logging and forced migration, leading to deforestation. It is also related to forest land being converted to agricultural projects or other purposes. 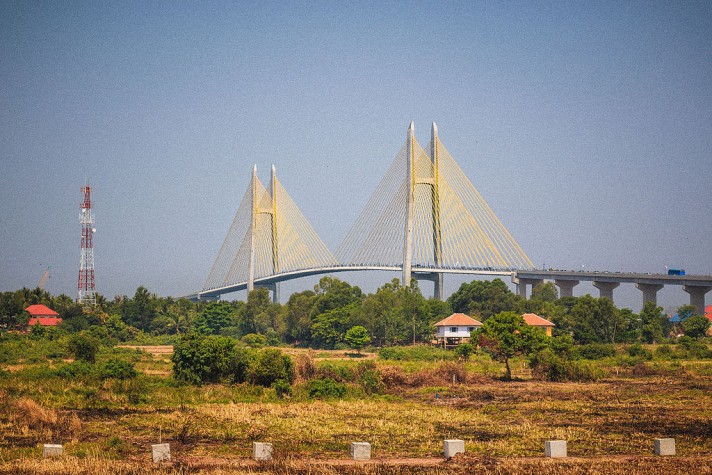 The expansion of energy facilities like coal-fired power plants disrupt local environments and communities, and make a significant contribution to greenhouse gases. These impacts of fossil fuels are well known by funders, but commitment to actual change is lacking. For example, despite statements on prioritizing reusable and sustainable energy sources, the ADB continues to highlight the region’s large fossil fuel reserves as an untapped resource.13

Major infrastructure projects, such as hydropower dams and railways, also displace large numbers of people. Over 5,000 people were displaced by the 400 MW Lower Sesan II dam  constructed in northern Cambodia, for example.14

Issues also arise regarding financing beyond initial development. According to the ADB, 42.4 percent of the infrastructure funding needed by 2020 across the Lower Mekong is for maintenance of existing infrastructure. It can be imagined that building more infrastructure means more maintenance costs in the future, and it is unclear how this will be covered by developing economies.

While some building standards exist within and across the Lower Mekong countries (for example the “Road and bridge design and construction standards and specifications” that are part of the Cross-Border Transport Agreement),15 how these standards are inspected and enforced nationally is unclear. The impact of the Belt-Road Initiative, which requires parties to agree to Chinese building standards, is yet unknown.

While the ADB and most Lower Mekong governments have lauded the GMS Program’s infrastructure investment as reducing poverty levels, others argue that measuring economic and monetary gains does not tell the whole story. In particular, while indicators such as GDP per capita have increased, wage gaps and financial inequality have also increased, and some sectors of society are worse off now than in the past.16