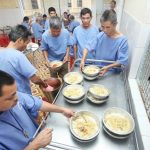 Around 15 per cent of Việt Nam’s population – approximately 13.5 million ­people – suffer from 10 of the more common mental disorders, reveal statistics released on November 29. Around 2.8 per cent of Vietnamese live with depression, 2.6 per cent suffer from anxiety disorder, while 0.47 per cent have schizophrenia, the Voice of Việt Nam online newspaper reported. The data was revealed on November 29 at the start of a two-day meeting in Hải Phòng City, organised by Lao động và Xã hội (Labour and Society) magazine and the Social Protection Department under the Ministry of Labour, Invalid and Social Affairs. Around 200,000 Vietnamese people suffer from severe mental illnesses, according to a report by Phạm Dũng from the Medical Committee Netherlands-Việt Nam at the meeting. Of these, 98 per cent cannot take care of themselves, 15 per cent show violent behaviour, and 37 per cent are yet to receive medication for treatment.