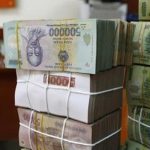 Foreign direct investment into Vietnam reached $14.3 billion in 2016. Meanwhile, Vietnamese startups are attracting investment and partnership from French investors. Vietnam’s outbound investments hit $705.8m Vietnamese companies pumped $705.8 million in 106 projects in foreign markets during the first eight months of this year, according to the country’s Foreign Investment Agency. In total, more than 1,100 Vietnamese investment projects received licenses to operate in overseas markets as of August 15, 2016, The total registered capital for these projects amounted to $20.38 billion, said the agency. Since the revised law on investment took effect in July, 2014, the Vietnamese investment ministry has granted outbound investment licenses for over 190 projects, including 124 new projects with a total committed capital of $933.2 million. The rest were adjusted investments. Vietnam began overseas investments in 1988. Since then, major corporations have marked their milestones in establishing operations abroad.