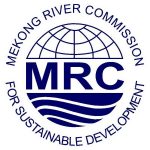 The Mekong River Committee (MRC) has concluded a session marking the formal completion of the prior consultation (PC) process for the proposed Pak Beng hydropower project in Laos, with the joint committee issuing a statement ‘the Government of Lao PDR to make all reasonable efforts to address potential adverse transboundary impacts of the Pak Beng project’ and requesting the Secretariat to prepare a Joint Action Plan outlining a post six-months prior consultation process.

Read the MRC’s release on the formal conclusion of the prior consultation process below, or at their website.

This session provided the formal opportunity within the official PC timeframe for the JC members, the management body of the MRC, to discuss key recommendations of the final Technical Review Report of the proposed Pak Beng Hydropower Project (PBHPP) undertaken by the MRC Secretariat. Having considered the TRR as well as the outcomes from regional and national stakeholder forums, the JC agreed on a statement calling on ‘the Government of Lao PDR to make all reasonable efforts to address potential adverse transboundary impacts of the Pak Beng project’ and requests the Secretariat to prepare a Joint Action Plan outlining a post six-months prior consultation process.

Measures for consideration in the statement include addressing the potential upstream and downstream impacts on hydrology and hydraulics including the backwater effects into Thailand; improving sediment transportation; improving upstream and downstream fish passage; gaining a better understanding of potential socio-economic transboundary impacts; ensuring the freedom of navigation; establishing a communication channel for providing inputs on the ongoing design and development of the project; sharing of improved designs and monitoring data, and MRC joint monitoring programme for Pak Beng.

The JC members also took note of key recommendations resulting from the two regional stakeholder forums organized by the MRC Secretariat and national consultations that were reflected in the ‘reply forms’ submitted by notified member countries. The JC also noted with appreciation the Lao PDR’s spirit of cooperation and responsibility during the Procedures for Notification, Prior Consultation and Agreement (PNPCA) process for the PBHPP.

The JC Statement, reply forms and statement by Lao PDR will be made available to the public later this week.

The prior consultation on the PBHPP officially began on 20 December 2016. Stipulated in the 1995 Mekong Agreement, it aims to mitigate adverse impact on the environment and livelihoods of riverine communities both upstream and downstream, while achieving optimum use of water resources.

All available information of the project including environmental and social impact assessments, engineering reports, and comments is available for public access on the MRC website at www.mrcmekong.org.